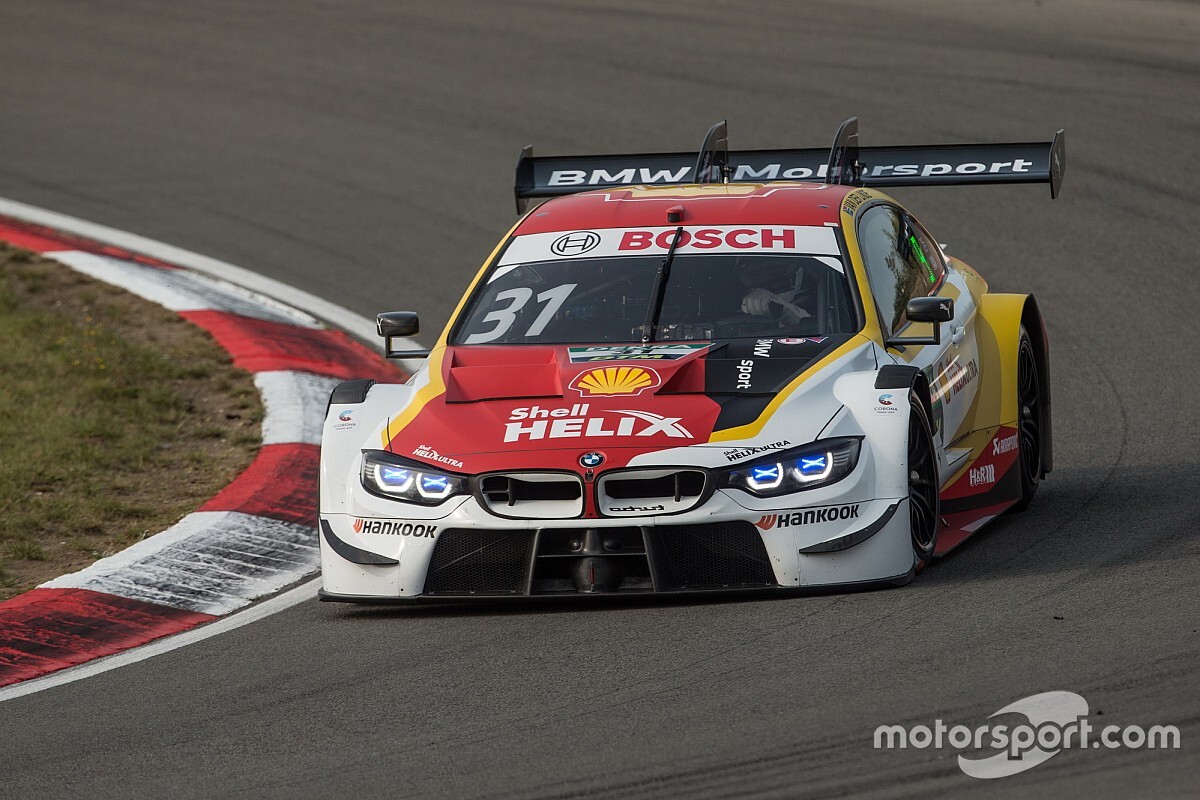 BMW Motorsport director Jens Marquardt believes the Bavarian marque must work on its DTM qualifying form to have a better chance at challenging Audi in the 2020 season.

The six factory Audi drivers locked out the front three rows of the grid in the second qualifying session at the Nurburgring, with Sheldon van der Linde the best of the BMW drivers in seventh, 0.761s down on polesitter Nico Muller.

It highlighted a one-lap deficit BMW has continued to face since the start of the Class One era in 2019, and one that has grown further in the current season.

In the opening five rounds of 2020, the front row has remained completely out of reach for BMW, with two fourth-place grid slots for van der Linde the highest for one of its drivers.

Speaking after the conclusion of the Nurburgring weekend, Marquardt said he was impressed with BMW’s long-run pace in the second race, but felt the marque's six factory drivers started too far down the order to threaten the leading Audi runners.

“We put it all basically difficult for us with the qualifying," Marquardt said. “We didn’t get the laps together, all the guys clearly said we didn’t get a real clean lap. We need to look into it because we didn’t change a lot from yesterday.

“If you are on the back foot from qualifying it’s difficult in the race. We had to try going early with the stops and then obviously it's a challenge with the tyres. You could see the speed in the race, the pace and everything was there. But with the strategies that we had to go I think it was all we could do.

“Qualifying is key to success and that’s where the focus for next weekend is going to be. We need to get qualifying sorted out and the race then becomes much easier.”

Van der Linde, who finished as the top BMW runner in sixth in Race 2, echoed Marquardt sentiments, adding that “race pace is no problem” for the Bavarian brand.

“For me it’s important to be up front in qualifying and not get stuck in dirty air in the race,” he said. “There is not much of a strategy to do if we start from P7 to P11 or 12.  We clearly need to make a step in qualifying.

“I think we proved in the race that we can hang on quite nicely. Race pace is no problem. We need to find the car to work in qualifying.”

Fellow BMW drivers Jonathan Aberdein and Philipp Eng, who finished eighth and 10th respectively in Race 2, however, felt BMW was also lacking pace compared to the Audi in race trim.

“Obviously there is a pace deficit to Audi and that carries over from qualifying to the race,” Aberdein said. “There’s no hiding that. We were definitely a bit closer today than yesterday, but yeah obviously a clear deficit."

Eng added: "I think we have a deficit in both the short and the long run which definitely we need to work on closing. There is no hiding the status quo. Obviously working hard, there is nothing else we can do. Just hope that we are [faster] next time out."