Three-time DTM champion Klaus Ludwig has called on more manufacturers to join the revamped GT3-based series after seven brands were represented on the grid at the Nurburgring last weekend.

The DTM has witnessed an influx of part-season and guest entries this year after adapting off-the-shelf GT3 cars, which are significantly cheaper to run than their Class One predecessors.

Twenty-three cars took to the track for the fourth round of the season on August 20-22, with 19 full-season entries joined by the JP Motorsport McLaren of ex-Formula 1 driver Christian Klien, two additional Mercedes cars entered by Toksport and HRT for Luca Stolz and Hubert Haupt respectively, and a SSR Performance Porsche driven by Michael Ammermuller.

The SSR entry was particular significant as it marked the first time a car from Porsche's stable raced in the DTM, the Stuttgart-based marque having been notably absent from the previous two eras of the series.

The size of the grid at the Nurburgring was the biggest in any DTM race in five years, while 1987 was the last time seven manufacturers competed against each other in what is now known as the 'classic' era of the DTM.

But Ludwig feels there is room for more manufacturers, saying the series would be “unbeatable” in the world if it could attract 10 different brands in a given season.

The three-time Le Mans 24 Hours winner also put his support behind GT3 cars, which are finding increasing acceptance around the world with both the IMSA WeatherTech SportsCar Championship and the FIA World Endurance Championship announcing plans to adopt them in coming years as replacements for more expensive GTE machinery.

"I was always saying: Porsche is good enough to do DTM. The power is absolutely enough. It is good enough for Spa, it is good enough everywhere in the world. So why not in the DTM?” said Ludwig, insisting the low power output of the 911 GT3 R shouldn’t create problems in balancing its performance against other cars built to the same regulations.

“And I also want to say: Aston Martin, Corvette, Ford, Bentley and all these cars should all come. Because then we have a platform that is unbeatable in the world.

“Pure GT3 cars - no GTE. That is bullshit. Just GT3 and a good Balance of Performance. And then you have fantastic races. The guys are doing an excellent job.

“I have really seen every race so far because I am still a fan of this. It is fun for the spectators. Seven brands are fantastic - but we should bring in 10." 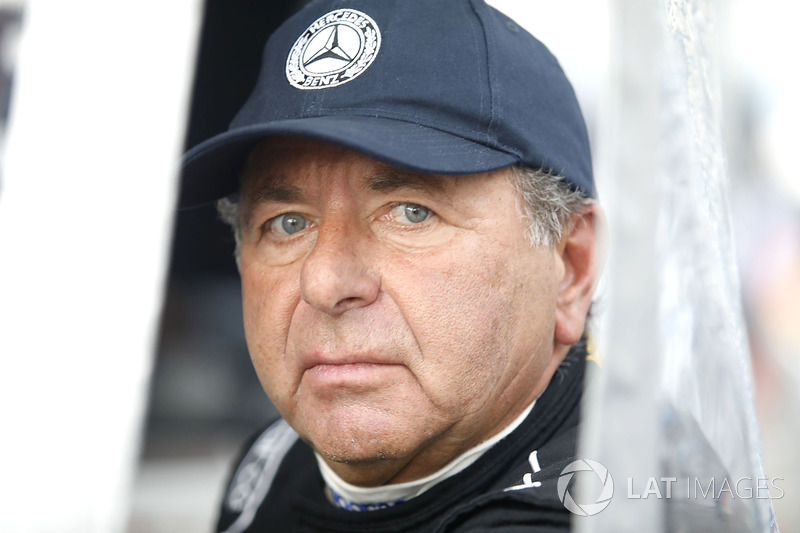 When the DTM announced plans to overhaul the category for 2021 the initial reaction was overwhelmingly negative, with many feeling the series won’t be the same without extensive manufacturer involvement and prototype race cars.

However, Ludwig’s former rival and 1990 title winner Hans-Joachim Stuck has praised the direction the DTM has taken this year, saying GT3 machines are “the perfect race cars” for the current motorsport climate.

“In fact, three words is all I need to analyse the 2021 DTM: I am impressed!” said Stuck, who also has two outright Le Mans wins with Porsche to his name.

“I am so glad that [ITR chief] Gerhard Berger has taken up the idea of a DTM with GT3 cars and has implemented it in a consequent way.

“Such a series had been my dream for years and it is working out great. The races have brand variety, action, they are close and we are seeing highly different types of cars in exciting duels.

“These simply are the perfect race cars of our time. On one hand, they are spectacular in sound and sight and on the other hand, they enable professionals in DTM to race each other in a great way just like gentlemen drivers are doing in lower GT3 classes.

“And they are affordable. That is making these cars a good business model for corporate groups, which, in turn, leads to many brands taking part.”