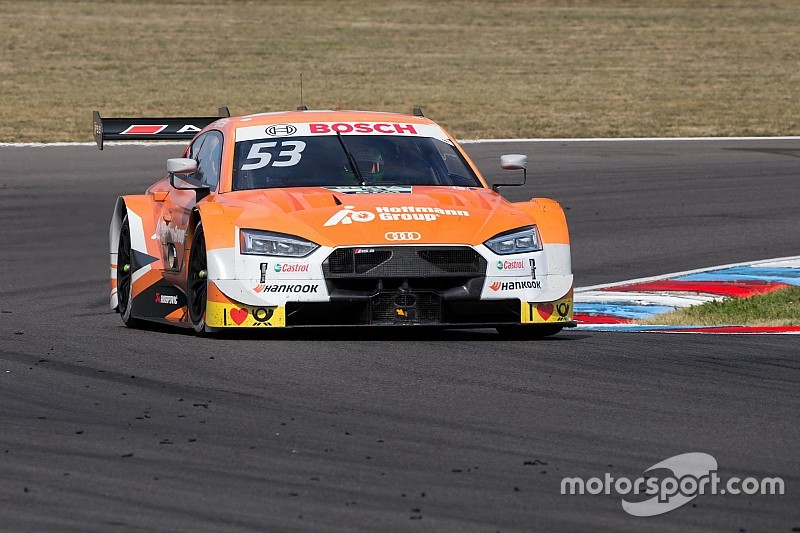 Jamie Green took his first pole position of the 2019 DTM season at the Lausitzring ahead of the series' 500th race.

Green went top of the times during the first runs and set the ultimate benchmark of 1m35.397s, with title contenders Nico Muller and Rene Rast unable to improve their efforts in the final minutes of the session.

That meant WRT Audi's Jonathan Aberdein was able to set three personal best sectors to launch himself from a provisional ninth place on the grid up to second and a place on the front row.

As a result, Saturday race winner Muller will line up third on the grid and scored a point that lowers his gap to championship leader Rast to just 13 points ahead of Sunday's race.

But Rast, who retired from yesterday's race due to a suspected sensor problem, will start alongside Muller on the second row of the grid after qualifying fourth.

Robin Frijns ensured it was an all-Audi top five ahead of the best-placed BMW M4 DTM of outside title contender Marco Wittmann.

Loic Duval was one of a few drivers to improve his time significantly in the second runs and moved to seventh ahead of the second WRT Audi of Pietro Fittipaldi.

Ex-Formula 1 driver Timo Glock was the second-highest placed BMW in ninth ahead of Mike Rockenfeller, who secured a podium in Saturday's Lausitzring race.

Paul di Resta was the quickest R-Motorsport driver and placed his Aston Martin Vantage DTM 15th on the grid ahead of Jake Dennis, Ferdinand Habsburg and Daniel Juncadella.