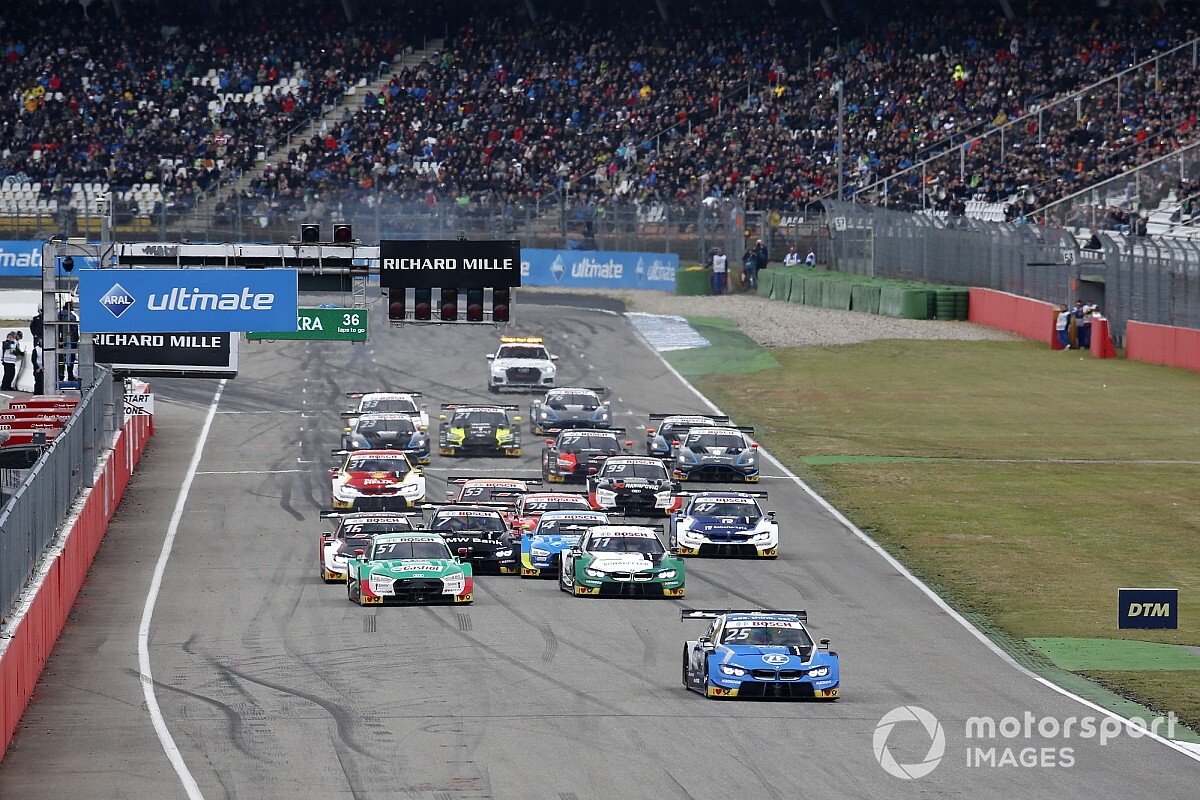 ITR chairman Gerhard Berger says he is now ready to entertain the possibility of running DTM races behind closed doors, but stressed that he will resort to such a measure only to “get the ball rolling".

Berger had previously been against the idea of hosting DTM events in the absence of spectators, telling Red Bull-owned Servus TV earlier this month: "Our customers are called fans. And if the fans aren't there, there won't be any races."

However, since then, both Germany and Belgium have announced blanket bans on mass gathering in light of the rising spread of coronavirus, thwarting DTM’s attempt to begin the season at Norisring in July as planned.

Berger says he can no longer dismiss closed door races as a way to get the 2020 campaign up and running, even though putting on a show for trackside spectators remains his priority.

“Sure, in the current situation you have to think everything through,” Berger told Auto Motor und Sport when asked if DTM will consider running races without fans.

“But our income is based on the event. So our main goal must always be to go live in front of the fans. 'Ghost racing' is just a way to get the ball rolling.”

Berger explained that the DTM’s revenue model relies heavily on ticket sales, and as such it cannot easily forego income from trackside spectators in the same way Formula 1 can.

“In contrast to Formula 1, our model looks like we rent the race track,” Berger explained. “The income from the spectators and sponsors flows into our overall package.

“Formula 1 works differently. They get an entry fee from the race tracks, and the tracks have to recoup the money through ticket sales and government aid. Without spectator income, the organisers cannot refinance themselves.

“All other rights are held by Formula 1, so perhaps the tables will now turn. It is quite conceivable that in such a difficult time Liberty would forego the organisers' income and thus be able to show races without spectators.”

Berger added that it is difficult to predict when the 2020 season can begin amid the fluidity of the pandemic situation.

The DTM is yet to issue a revised calendar in light of new measures announced by governments in Europe, but its previous schedule included all 10 rounds that were originally planned.

“There are several scenarios,” Berger said. “The best scenario starts in July. We would go through the whole season and plan with 10 races. The worst scenario is that there won't be any races this year. And maybe there will be something in between.

“[An August or September start] could also be a consideration. But due to the falling temperatures on European racetracks it will not be possible to race from the end of November.

“Real planning is difficult for everyone, because neither experts can predict the worldwide coronavirus situation nor governments can take measures for public life in a predictable way. And something can always change depending on the development of case numbers.

"We are also dependent on sponsor and promoter contracts. The issue is complex.”