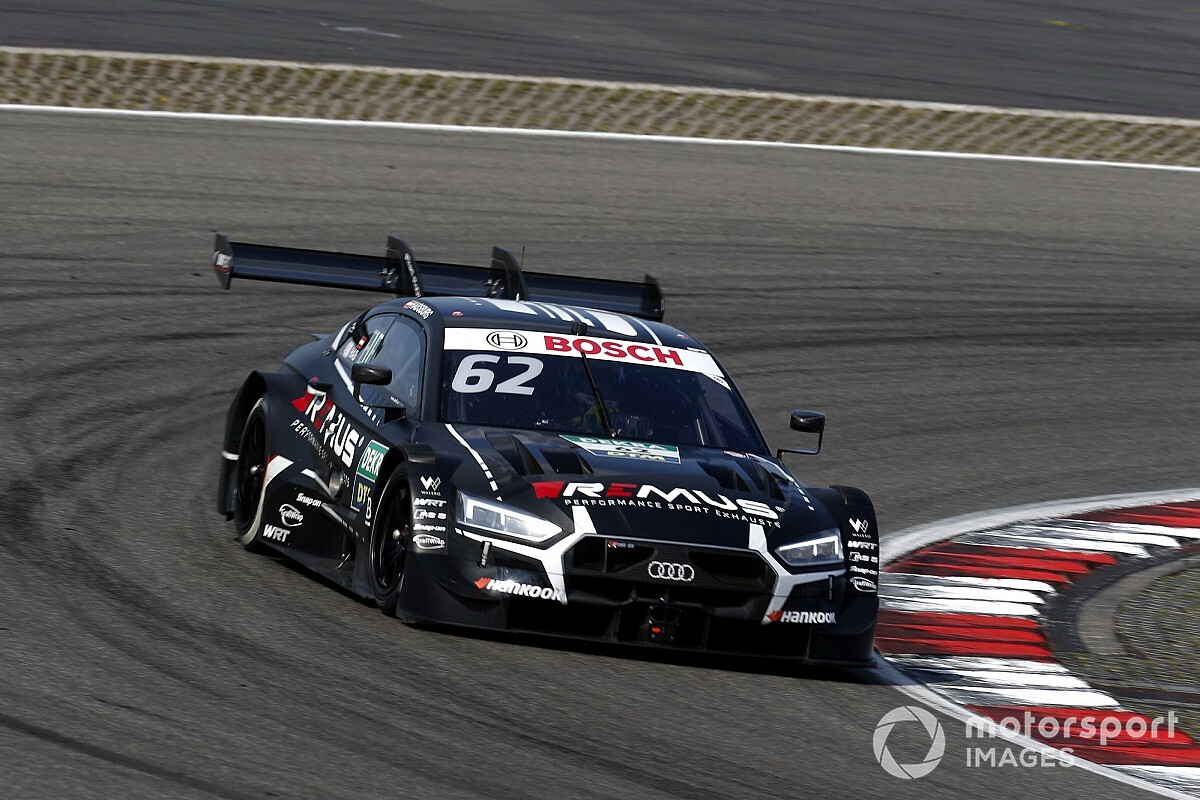 Ferdinand Habsburg has explained how a rear-view camera showing inverted live images caused him to bizarrely crash into Loic Duval during qualifying for the DTM round at the Nurburgring.

Phoenix Audi man Duval was on a flying lap when he saw Habsburg exiting the Mercedes Arena corner, and chose to veer to the left to pass the WRT driver.

Habsburg saw Duval coming and tried to give him space, but having been fooled by the camera, he also moved to the left, leading to contact between the two Audi RS5s.

Habsburg, who had originally qualified sixth for the first race of the weekend, was penalised with a five-place grid penalty for causing avoidable contact.

"There was a problem with the camera showing me the rear of the car,” Habsburg told Motorsport.com. “It showed me an inverted picture.

“These little technical things are stupid when they happen because they can cost you the whole day.”

Habsburg didn’t notice the fault in the display until the first race of the weekend, where he was involved in more incidents on his way to a 11th-place finish.

“I did not notice it, so it happened again in the race,” the Austrian said. “I thought that the driver behind me turned right, but it was left at the apex.

“I got into it and then I got some damage. So I dropped back to 14th place and I couldn't see who was going where. You need visibility and control."

WRT explained that its Audi-supplied unit came with a mirroring feature that the team wasn’t aware of - and it is assumed that one of the mechanics may have inadvertently pressed a button that triggered that function.

"We got the display from Audi and didn't know that it also had a mirroring function," a spokesperson for the team told Motorsport.com. "It could be that someone pressed the button by mistake.”