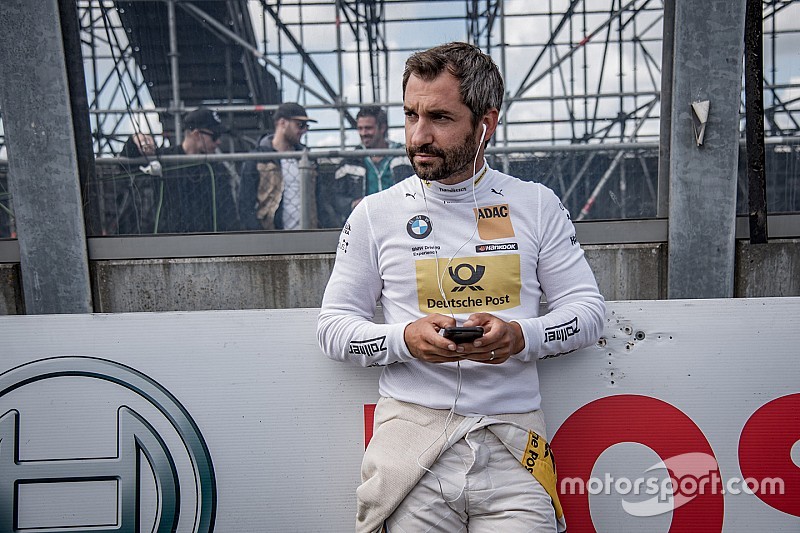 BMW driver Timo Glock will start the Sunday DTM race at Zandvoort from last place, incurring a penalty for his qualifying run-in with Edoardo Mortara.

Glock felt he was baulked by Mercedes driver Mortara during his second run in qualifying, as he came up on the Italian at the fast Scheivlak right-hander while on a flying lap.

Mortara moved to the outside on corner entry, allowing Glock through, but the ex-F1 driver backed out of his lap and slowed, backing up the Italian.

In a radio message broadcast by the TV feed, he twice labelled Mortara as a “f***ing idiot” before they carried on.

Glock, the lead BMW in the DTM standings in fourth after his victory on Saturday, is currently 16 points off Audi's championship leader Rene Rast.

He was due to start the Sunday race in fifth, alongside Rast on row three, but has instead been sent to the back of the grid for “severely hindering” Mortara.

The BMW driver has also been fined 3,000 Euros for “unsportsmanlike behaviour” in the pitlane after the session.

Mortara will be starting a row ahead of Glock in 16th, and will have to serve a five-second time penalty in the race for his role in the incident.

He had earlier picked up a five-place grid penalty for impeding Audi's Jamie Green.