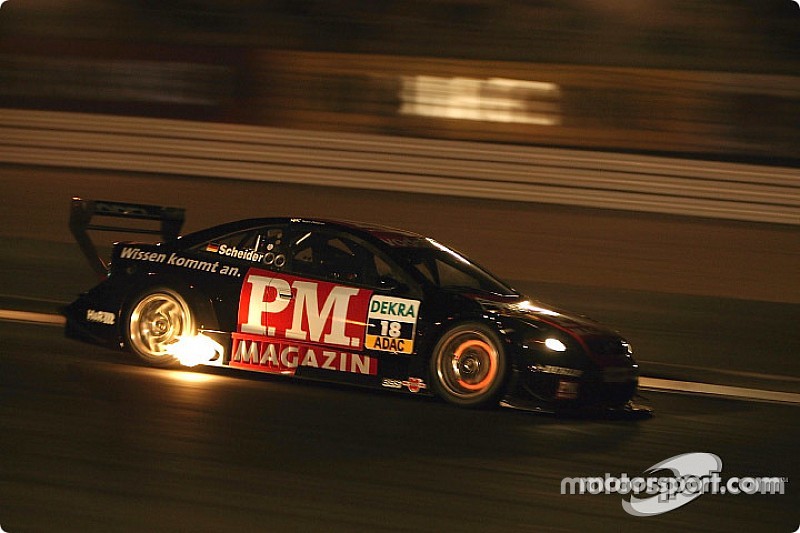 The DTM has announced that both races at this year's Misano round are to be held at night.

As previously reported by Motorsport.com, promoter ITR was considering hosting the DTM's first-ever night-time races at the Italian venue, which is one of two new additions to the 2018 calendar.

Now it has been confirmed that both the Misano races on 25-26 August will start at 22:20 local time and will be held under floodlights.

It will be only the second time the DTM has held official running of any kind after dark, following a top-10 qualifying shootout held at the Nurburgring in 2003 [pictured top].

As well as ensuring the races take place in cooler temperatures, shifting the Misano races to the evening avoids a direct clash with the Formula 1 Belgian Grand Prix, which falls on the same weekend.

It has also been announced that this year's Lausitz races will take place on the full-length 4.345km Grand Prix circuit for the first time since 2004.

Since 2005, the DTM has used the shorter 3.478km layout that features only a small portion of the oval track's back straight before bearing left to rejoin the road course.