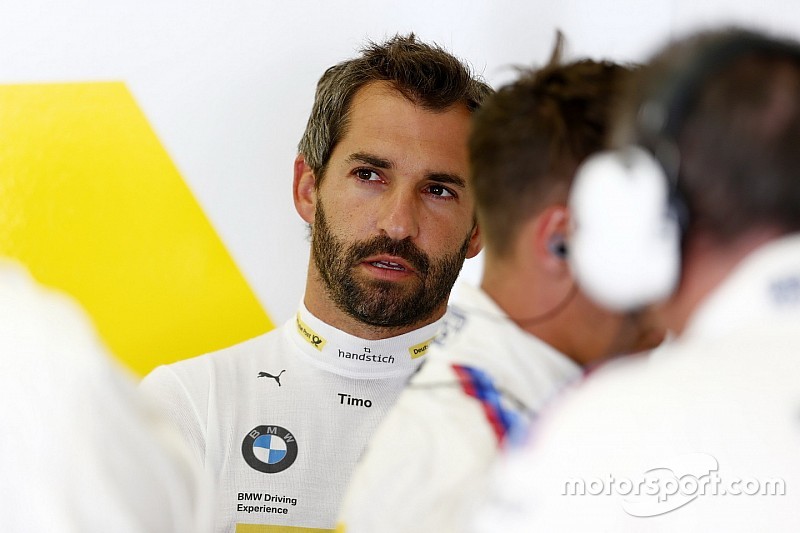 Audi driver Mattias Ekstrom says BMW DTM rival Timo Glock should know that "what goes around comes around" after a collision between the pair in Saturday's Moscow race proved costly for the Swede.

Ekstrom had started the race right behind fourth-placed Glock and challenged the ex-F1 driver at the second corner after Glock had to back out of an attempt to pass fellow BMW driver Augusto Farfus.

With the pair running side by side on exit, Glock slid into Ekstrom's Audi on approach to the hairpin-like right-hander, the resulting contact sending the Swede off track and dropping him down to 11th place.

Speaking after the race, Ekstrom - who had entered the race as championship leader but could not stay top of the standings despite recovering to eighth at the flag - told Motorsport.com: "What happened in Turn 3 was just Timo running out of talent and making a mistake. He came and apologised - I mean, he changed my race from P5 to P11.

"You can say that it becomes championship moves. I don't expect anyone to run around and say 'oh there's the championship leader, be careful with him'.

"But on the other side, the day when he is championship contender, I will also run out of talent," Ekstrom added in a joking manner.

He continued: "You know, what goes around comes around. I'm not angry with him, everybody here tries to do the best they can, score as many points as they can.

"But I think, it's just like I said, what goes around comes around."

Asked whether he felt he was being raced aggressively because of his championship contender status, Ekstrom said: "No, I would be very surprised, I think everybody races as good as they can to get the most points for themselves - and if you make mistakes, or if it's deliberate... actually the consequences are the same.

"It hurt me more than it hurt him today, one day it will be the opposite, and then I will also go and say 'sorry' and that's it. You race very often and shit happens when you're on the limit."

Ekstrom and Glock had a bigger spat at the very same venue two years ago, with Glock taking to social media then to call his rival an "idiot" after a crash involving the duo.

Speaking about Saturday's incident, Glock told Motorsport.com: "It's for sure not his [Ekstrom's] mistake, I think it's more my side.

"I just underestimated the cold tyres a bit in Turn 3, lost the rear a bit and I was leaning on him and for sure was not his mistake, it was more on my side - but that's racing."

Glock, who finished fifth, received a black-and-white warning flag for the clash, with Ekstrom refusing to directly comment on the sanction.

"It's up to the stewards to decide," the Swede said. "I think they have a lot of decisions to take, but if you see a guy running P4 and landing P8 and the guy who did it didn't lose nearly nothing...

"It's up to them, they know how to read the rulebook and I think they have a lot of stuff to judge, can't really expect them to hit the bullseye on every decision. Big picture, I still think they do a good job."