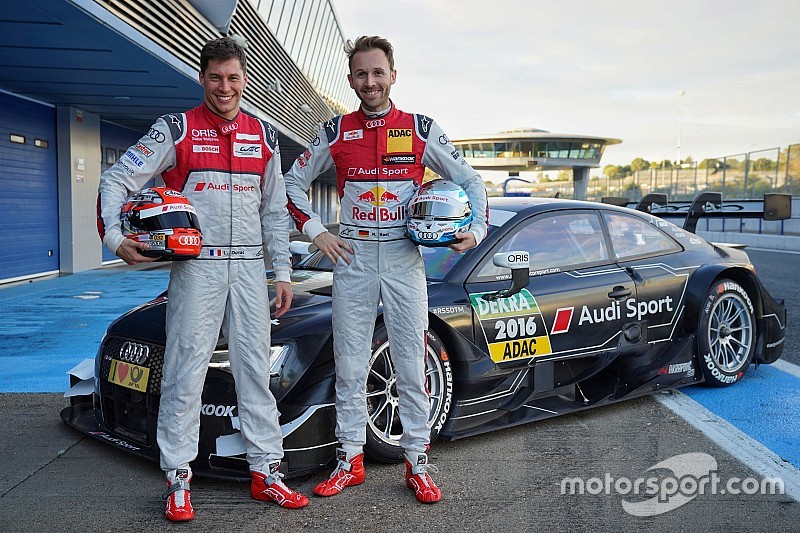 Loic Duval and Rene Rast have been drafted into Audi’s DTM line-up at the expense of Miguel Molina and Adrien Tambay.

With each DTM manufacturer scaling back to six cars for the 2017 season, Audi’s line-up had already been chopped with the axing of Timo Scheider and Edoardo Mortara’s off-season switch to Mercedes.

But the Ingolstadt-based manufacturer has opted to make more changes, bringing in LMP1 driver Loic Duval and GT star Rene Rast to replace Molina and Tambay for the 2017 season.

“In Mattias and Mike, we have two DTM Champions on board who in my book will be among the favourites next year, not least due to the new rules and tires,” said Audi’s DTM boss Dieter Gass.

“Jamie, no doubt, is one of the strongest campaigners in the DTM. Nico convinced us with consistently good performances and his first DTM victory last season.

“Not only by delivering a strong race in the finale at Hockenheim, Rene has shown that he’s also going to be in contention at the very front in the DTM. And in Loic, we’ve integrated one of our best drivers from the Le Mans programme into our DTM squad.

“I’m convinced that we’re in a top position with our driver lineup for the 2017 season and have six strong characters in our team.”

“I’d like to thank Miguel, Edo, Timo and Adrien for our joint years in the DTM and wish them all the best for the future,” added Head of Audi Motorsport Wolfgang Ullrich.

“We always worked together well and jointly celebrated gratifying success on a number of occasions. Consequently, with every one of these four, it was difficult for us to say goodbye.

“Now we’re going to use the upcoming winter break to prepare for the new challenges with a changed DTM driver lineup.”