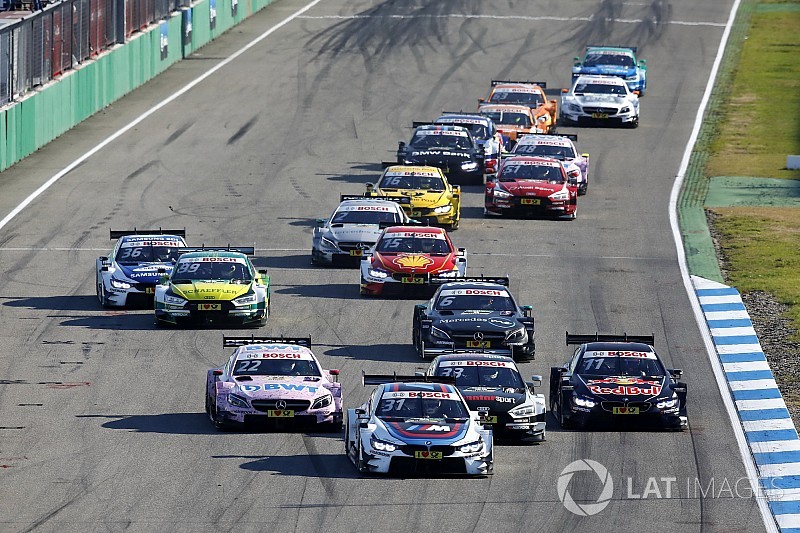 The DTM has announced an expanded 10-round 2018 calendar that includes visits to Brands Hatch and Misano, as predicted by Motorsport.com.

Brands Hatch was initially in contention to host a British DTM round next year with fellow MSV-owned circuit Donington Park, but by the start of this month was understood to have secured a return to the German tin top series' schedule.

The circuit's place on the 2018 calendar has now been formally confirmed with the publication of the 2018 DTM schedule.

The announcement also confirmed the full GP layout will be used - rather than the Indy configuration the DTM used at Brands from 2006-13 - as well as its August 11-12 date.

Misano was originally understood to have been assigned that date, but the Italian circuit will now host its first DTM round a fortnight later on the August 25-26 round.

That event will mark the series' first visit to Italy since Adria hosted a round on 2010.

The season will start and finish with its traditional visits to Hockenheim, while the Hungaroring, Norisring, Zandvoort, Nurburgring and Red Bull Ring all retain places on the 2018 schedule.

Despite its sale to automotive testing company DEKRA earlier this year, Lausitz will also continue to host a round, as previously reported.

There had been uncertainty about the round's provisional date - the weekend of May 19-20 - which clashes with Formula E's Berlin race, but the Lausitz event has now been confirmed in that slot.

Moscow Raceway is the only venue that has been dropped from the 2017 calendar.

"With England and Italy two important markets of the premium-car manufacturers Audi, BMW and Mercedes make their comeback on the DTM calendar.

"I'm delighted that DTM keeps on racing at the Lausitzring – even after the circuit was sold.

"With the new owner DEKRA, our long-term partners, we could make sure that the Eastern-German DTM enthusiasts also will be provided spectacular touring car racing."

Wehrlein, Juncadella in the frame for Wickens DTM seat