Nick Cassidy says "there’s a big desire" to continue building his relationship with Ferrari, as the Italian marque gears up for its Le Mans Hypercar programme in 2023.

The 2017 SUPER GT champion and 2019 Super Formula title-winner is combining dual programmes with AF Corse/Ferrari in the FIA World Endurance Championship and DTM with racing in Formula E for Envision Virgin.

Cassidy's long-standing Red Bull links led to a Ferrari bow in the 2021 DTM finale at the Norisring with the AF Corse-run Red Bull team, where he stood in for Alex Albon and impressed in support of championship-challenging teammate Liam Lawson.

Finishing fifth in race one, Cassidy qualified third for race two and recovered from a first corner collision to challenge for a podium before becoming embroiled in contact as Mercedes drivers deployed team orders to help eventual champion Maximilian Gotz.

Cassidy returned with the team to the DTM this season and also races with AF Corse in the WEC's GTE Am class alongside Thomas Flohr and Francesco Castellacci, although clashing Formula E commitments forced him to miss the Portimao DTM season-opener and will rule him out of next weekend's Norisring meeting too.

Speaking to Motorsport.com, Cassidy said he is keen to further his relationship with Ferrari as it prepares to enter the top class of the WEC next year.

"There’s a big desire there to keep building that," explained the Kiwi, who will be replaced on the Nuremberg streets by Ayhancan Guven. "I’m really passionate about the brand and I really enjoy working with them.

"At the same time nothing in motorsport is guaranteed, so I don’t know what the future will bring for either side yet.

"But I was very fortunate that Ferrari had the opportunity with Thomas Flohr to join in WEC as well. I’m a racing driver, I want to be busy, I want to be driving all the time and it ended up being a mega programme [in 2022]. I was really lucky to have the support from them to accommodate me." 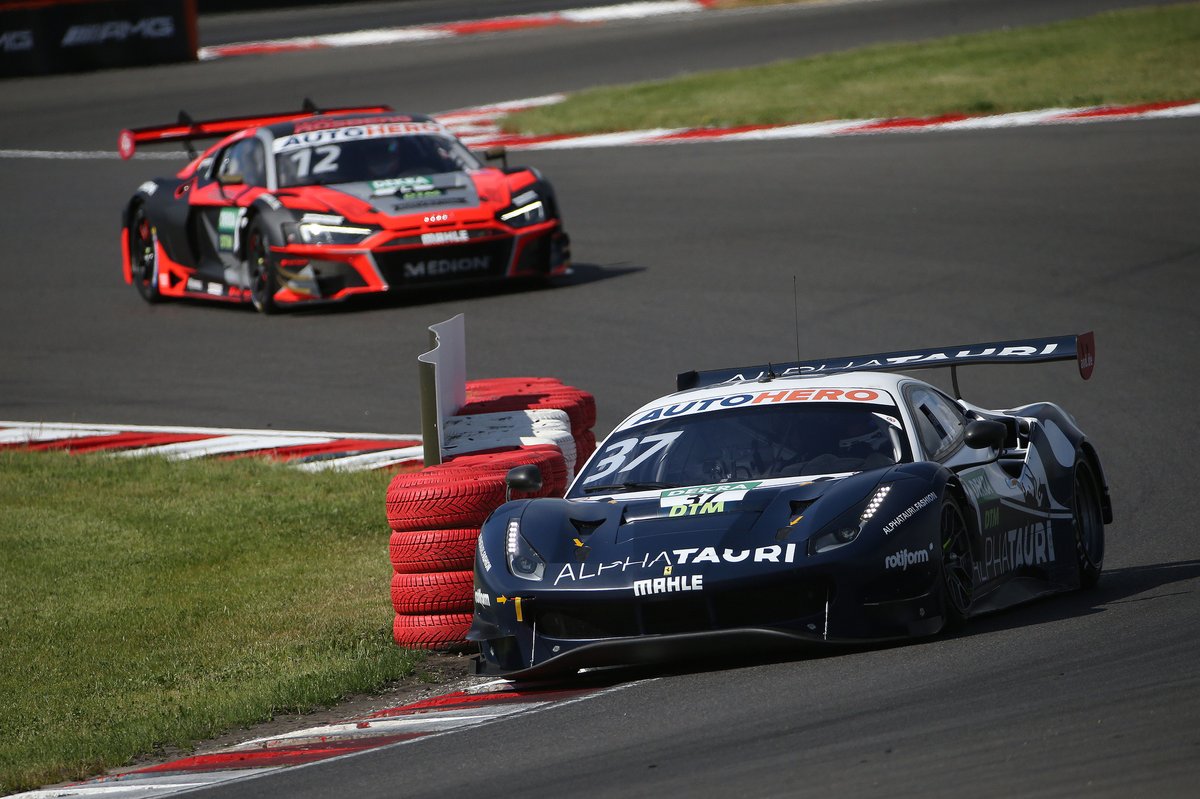 Cassidy and his teammates finished as the best Ferrari GTE Am entrant in the WEC's Spa 6 Hours and at the Le Mans 24 Hours, where the 27-year-old had the fastest 20- and 50-lap average of all Ferrari drivers in the class on his event debut.

Cassidy believes his experience in the highly-developed GT500 SUPER GT cars is more relevant to prototypes than the 488 Ferrari he races in GTE and GT3 spec, but said it gives him confidence that doesn't need to treat his programmes as an audition.

"I wouldn’t say it’s an audition, because I’m super-proud and confident about what I’ve done in Japan, especially SUPER GT," he said.

"My race stints there were quite strong, I was good in traffic and I find that the racing in SUPER GT is quite similar to WEC almost with the two categories and the high-downforce, high power.

"I’ve had to learn GTs a lot and I’m still learning GTs.

Cassidy took the fastest lap in the recent Imola DTM round, but has only registered a single top 10 finish in his four starts this year, not helped by a puncture at the Lausitzring and a badly-timed safety car at Imola. The championship's sporting regulations forbid drivers from double-stacking behind teammates, so Cassidy was forced to stay out before finishing 17th.

Although the competition level has increased since his 2021 Norisring bow, he believes he's "really strong enough to fight for podiums and wins" in the DTM.

"There’s no reason why we can’t be in the points every race, the performance should be there really," he said. "This year the DTM has taken a huge leap, not just in terms of car numbers but the quality and the depth is amazing right now.

"To be up the front or challenging for a good result here, you’ve got to be doing a mega job and it looks great if you can be strong here."

Peugeot "starting from scratch" in WEC as Monza debut nears