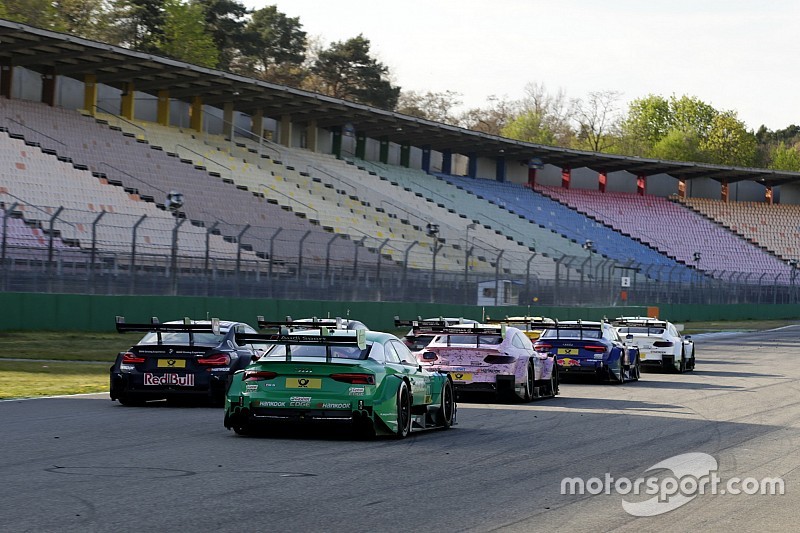 The new chairman of DTM promoter ITR, Gerhard Berger, believes this year’s drop to 18 cars is “the absolute minimum” the series can afford.

Audi, BMW and Mercedes have cut their car counts from eight each to six for 2017, leading to an overall reduction of the grid from 24 cars to 18.

That figure was last seen in 2011, the year before BMW rejoined the DTM, and Berger - appointed to his role last month after a shake-up - does not believe the championship should be running with a field any smaller.

“18 vehicles are OK but from my point of view, this is the absolute minimum,” he said.

“For the future I would love to again see a bigger DTM grid. Nonetheless, I expect the championship to be really thrilling and the regulation changes will contribute to the excitement.

“We will use the 2017 season to exactly analyse the actual condition. Then we get together with the manufacturers to set the course for the coming years.

“While doing so it’s of maximum importance to always keep an eye on what the fans want and provide good sport. And then we will keep on enhancing DTM step by step with the appropriate measures.”

The DTM has made further changes to its race formats for this year, with races on Saturday and Sunday to run to the same duration and feature pitstops.

It also has a new technical platform, albeit without new engines that were originally scheduled as part of a tie-up with the Japanese Super GT class.

The move to turbo, four-cylinder units has been postponed to 2019 on the grounds of amortising development costs for its existing three manufacturers.

Since its rebirth in 2000, the DTM has never had four manufacturers, and Berger acknowledges a new participant is not currently on the radar.

“If we keep on strengthening the DTM platform the series also will become interesting for other manufacturers,” he said. “That’s something I am positive about.

“But at this point in time we aren’t in concrete conversations.”