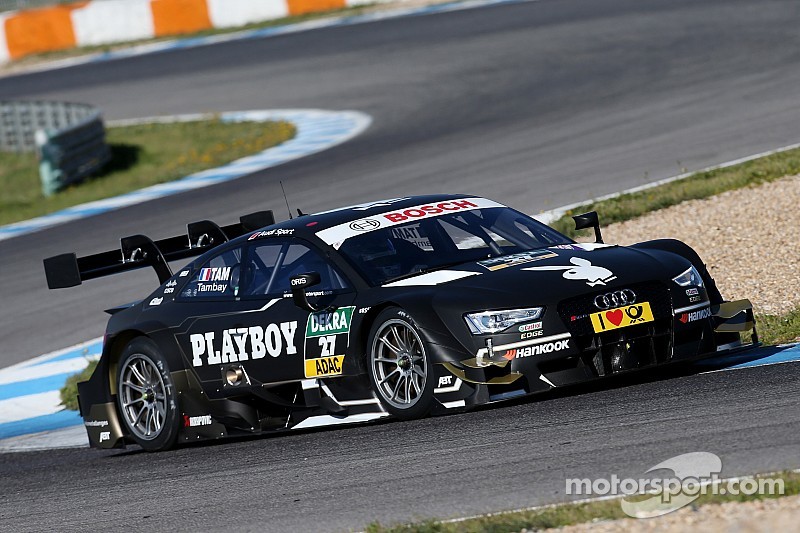 Final check of the Audi RS 5 DTM cars at Audi Sport in Neubur.

Ingolstadt/Oschersleben - Following the final tests before the DTM season opener at Hockenheim (May 2/3), the situation, pre-season, continues to be packed with suspense. While Audi most recently set the pace in the tests at Estoril, Oschersleben presented a different picture: the fastest times went to its rivals.

“This final test didn’t produce a real assessment of where everyone stands either, not least because of the special track characteristics,” says Dieter Gass, Head of DTM at Audi Sport. “Due to the flat curbs at Oschersleben that invite the drivers to run them the track is known for being rough on the material. That’s why we had quite a bit of damage to our cars that you actually wouldn’t want so shortly before the start of the season.”

Fans can look forward to Hockenheim.

“The lap times have to be rated with caution too,” Gass continued. “It’s clear that it’s going to be very close again in the DTM this year. “Minute details are crucial and that’s what we concentrated on at Oschersleben. Of course we tried to prepare for the new format of the DTM weekends as well. Obviously, with just four sets of tires being available for two qualifying sessions and two races, there are different approaches that could be used. The fans can look forward to Hockenheim.”

In total, the eight Audi drivers reeled off 5,603 test kilometers at Oschersleben - a little less than expected due to unscheduled repairs. Mattias Ekström (298 laps), Jamie Green (259 laps) and Timo Scheider (246 laps) handled the largest amount of the on-track workload. Scheider drove 635 kilometers on Tuesday alone. “Well, I’m used to extreme sports,” the Audi driver quipped. “But that was definitely hard work. When my team asked me at the end of the day if I still felt like simulating a qualifying lap, I waved off their invitation.”

The fastest lap time of all Audi drivers (1m 20.270s) was achieved by Adrien Tambay (Audi Sport Team Abt Sportsline) on Thursday morning at relatively low temperatures. “I’m very happy with the short time I had in the car,” said the Frenchman. “It’s positive that all the changes we made to the car went in the right direction. I’m also working better and better with my new race engineer, Nicola Palarchi.”

The times set by the drivers of the Audi squad were close even though all the drivers performed different testing programs and some of them lost precious time in the pits due to the repairs.

For a final check, the teams are now taking all Audi RS 5 DTM cars to Audi Sport in Neuburg where they will be meticulously prepared for the season opener at Hockenheim (April 30 to May 3).