Audi motorsport boss Dieter Gass believes a 16-car grid is the smallest viable size for the DTM in 2019, after Mercedes withdraws from the championship.

Mercedes’ upcoming exit from the German-based tin-top series is set to leave only BMW and Audi on the grid for 2019 in a two-marque transition season before the potential arrival of a third brand – possibly Aston Martin – in 2020.

Currently, each of the DTM’s three manufacturers runs six cars each, creating a grid of 18 cars, although they ran eight cars each until 2016 before agreeing to scale back the following year in the interests of cost-saving.

Speaking at Brands Hatch, Gass indicated that both Audi and BMW will have to accept returning to eight-car line-ups in 2019 at the least.

“That’s the discussion we are currently holding,” Gass said when asked by Motorsport.com about next year’s likely grid numbers.

“It’s early days still, but I think we need to try at least to have two [extra] cars from each manufacturer on the grid. For me that’s very much the limit.”

Gass also suggested that the extra cars could be run by customer teams, rather than Audi directly, albeit with access to latest-spec factory equipment.

“Currently I’m planning to get proper customer cars, which is as well the target of Gerhard [Berger, ITR chairman], to get more independent teams involved,” he said.

Next season marks the first year of the DTM’s new ruleset, in which the series will adopt a common rulebook with the Japanese Super GT series.

That includes a move away from V8 normally-aspirated engines in favour of a new turbocharged four-cylinder motor, which had been due to be introduced in 2017 before it was vetoed by Mercedes.

“We are on schedule,” said Gass when asked how preparations for the series’ new era were going.

“Obviously work started for us a long time ago, because we planned to introduce [the new engine] in 2017 before our friends from Mercedes said, ‘ah, no, we can’t, it’s too expensive and we stop if we do [introduce it]’.

“We moved it, they pulled out still, which was a bit disappointing. But work is going on well.” 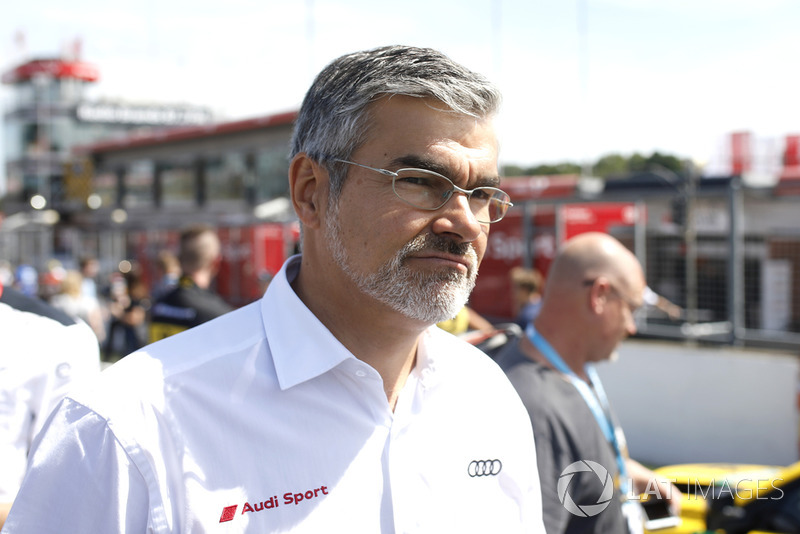