All is still possible in 2015 DTM title fight, says Paffett 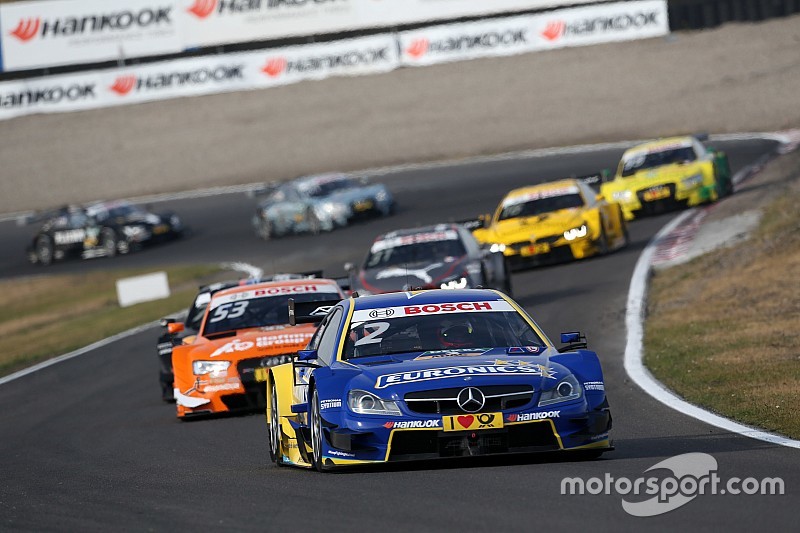 Former DTM champion Gary Paffett believes the 2015 title fight will go down to the wire and that he himself may have a chance to come out on top.

With 150 points to be awarded in the final six races of the 2015 DTM season, Mercedes driver Paffett claims there is a lot to look forward to for racers and fans alike. “All is still possible”, Paffett said in the pre-event press conference at Oschersleben.

“You never know what is going to happen. For example, I had an unfortunate 2012 season when I lead for most of the time but lost the championship in the end. I’ve been on both sides of the coin.”

Six races from the end of the season Paffett ranks seventh in the overall standings, 51 points behind Audi’s Mattias Ekstrom who is in the lead at the moment. “For sure, six drivers are in front of me”, Paffett says. “But still anything is possible.”

BMW driver Timo Glock, however, reckons that the title will be decided between Ekstrom and his Mercedes rival Pascal Wehrlein only. “I think, in the end it is going to be a shoot-out between the two of them”, he says.

But three-time 2015 race winner Jamie Green, currently fourth in the overall standings and trailing Ekstrom by 23 points, doesn’t want to throw in the towel just yet. “Who will win the championship? The driver with the most points”, he says. “And I hope this driver will be Jamie Green.”