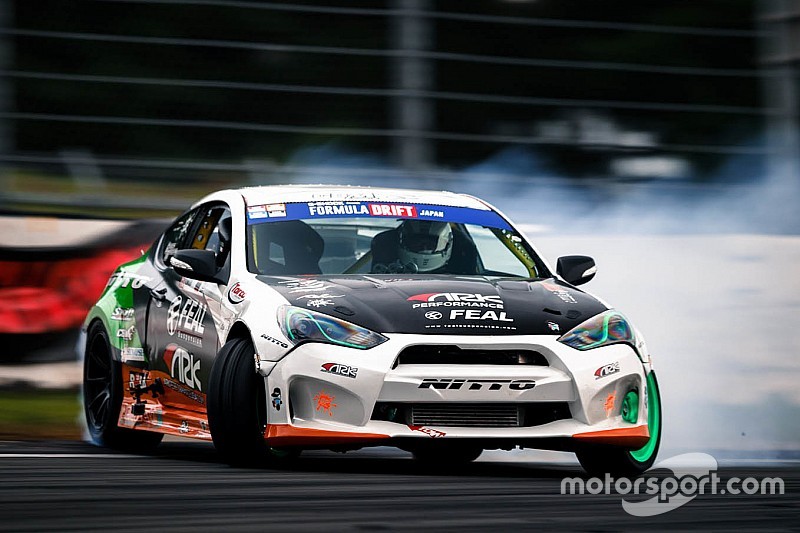 Formula DRIFT Japan at Fuji Speedway was the first world championship round outside of the U.S. The break in the rainy weather treated fans to a great display of international drifting competition as 63 drivers from 8 nations battled to be at the top of the podium. Almost 300,000 Livestream viewers joined the action and tuned in from around the world.

It felt really good to compete and be successful against foreign drivers that I have never driven against before,

“Last November we took a bold step to launch the Formula DRIFT World Championship and this round officially kicks off which drivers will be eligible,” says Jim Liaw, President of Formula DRIFT. “Japan is the birthplace of drifting and it’s fitting to start the first international round where it all started.”

The event was challenging as many drivers who have never competed against each other matched up for the first time on this seemingly simple but very technical course. The semi-finals pitted Tadahiro Fukada in his RC-ART Dreamteam with Falken Toyota Mark II against Aurimas Bakchis in his ARK Performance / Feal Suspension / Nitto Tire Hyundai Genesis Coupe with Bakchis edging out Fukada to head into the finals. Number 1 qualifier Masato Kawabata in his Team Toyo Tire Drift / Trust Racing Nissan 35RX GTR defeated Masao Suenaga in his RE Amemiya Mazda RX-7 to face Bakchis in the finals. The final head-to-head battle between Bakchis and Kawabata came to an early end as Bakchis’s motor gave on the second run and was not able to maintain drift. This gave Kawabata his perfect weekend by qualifying 1st and winning the competition.

“It felt really good to compete and be successful against foreign drivers that I have never driven against before,” stated Masato Kawabata, winner for Formula DRIFT Japan. “I was provided with a great car that did not have any troubles all weekend and drove comfortably. I would love to compete more internationally. The world be ready, I am coming.”

Standings After One Round

Formula DRIFT Round 4: The Gauntlet results