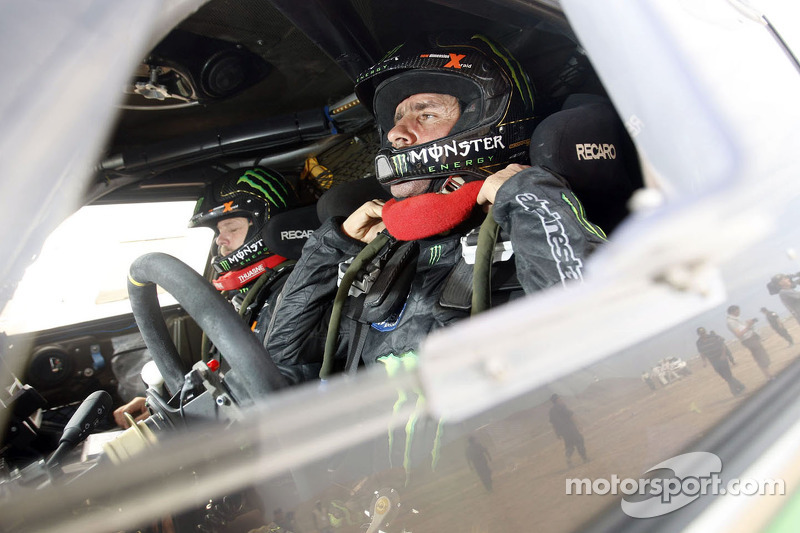 • Stéphane Peterhansel wins 11th special stage
• All the five MINIs ALL4 Racing make it to the top six, today 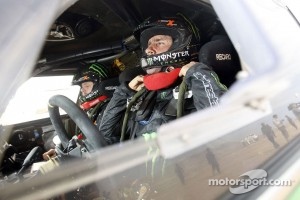 The countdown is running – just three more days to go to the Dakar Rally finish at Lima. In the 11th of the 14 special stages, from Arica, Chile to Arequipa, Peru, the Monster Energy X-raid Team celebrated a one-two-three. With their green Monster Energy MINI ALL4 Racing, the two Frenchmen Stéphane Peterhansel and Jean-Paul Cottret did not only secure the special stage win. At the same time, they also extended their lead in the overall standings. Spanish-French pairing Nani Roma / Michel Périn took the yellow Monster Energy MINI ALL4 Racing to second position, with their Portuguese team-mates Ricardo Leal dos Santos und Paulo Fiuza in the red sister car coming third. Meanwhile, the toughest rival of Peterhansel and Roma in the battle for the overall win, Robby Gordon in the Hummer, lost more than an hour due to technical problems.

Before beginning the 11th special stage, the drivers crossed the border to Peru – for the first time in the history of the Dakar Rally. Once again, the special stage was split into two sections (195 and 152km) – and it surprised the competitors by its level of difficulty. “Today’s track represented a true challenge,” said Andi Schulz, Leonid Novitskiy’s navigator. “A lot of Fech-Fech sand that was – occasionally – extremely deep.” In addition, the organisers had included several dune sections.

For Peterhansel, currently everything is running according to plan. The Frenchman celebrated his second special-stage win, today – and extended his lead in the overall standings to more than 22 minutes. “Today’s special stage wasn’t too nice,” said the 46-year old. “A lot of Fech-Fech with hidden stones.” And although the field slowly is approaching the finish in Lima, there still are three special stages to be contested. Therefore, the overall leader warned: “We have witnessed again and again that many things can go wrong – at any time. Furthermore, the coming two days once will again be extremely tough.”

Roma, the winner of yesterday’s special stage, had to kick off the race action today and consequently pioneered for the other drivers. In addition, the Spanish-French pairing encountered some navigation problems. “I took the wrong turn several times and had to drive back,” admitted the Spaniard. And in the closing stages, he got stuck in a small dune. “Actually, the dune itself was just ridiculous,” Roma said laughing, “but a motorbike rider had tumbled and I had to brake. Fortunately, the incident cost us just two minutes.” 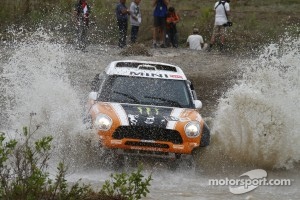 By finishing third, today, Dos Santos celebrated his best Dakar result to date. “Previously, my best result was the fifth place but now I’ve improved to third,” beamed the Portuguese. “Today’s special stage with its numerous technically demanding sections suited me well.” Novitskiy also once again delivered in consistent style and set the fifth-fastest time of the day.

Holowczyc finished sixth. Following the problems he had encountered yesterday, he started from 21st position into today’s special stage. “We passed 15 cars – one by one and in dense dust,” said the Pole. “And the second section went really well. In consideration of the situation, having finished sixth represents a really good result, for us.”

By finishing eighth, Chilean-French pairing Boris Garafulic / Gilles Picard in the Vision Advisors BMW X3 CC even upped the ante compared to the ninth place they had secured yesterday. “In the first section of the special stage we were driving all alone and later, we saw just one car,” revealed Garafulic, “But Gilles and I had a lot of fun, nevertheless.” German pairing Stephan Schott and Holm Schmidt finished 11th, in their KS Tools BMW X3 CC, while the BUER BMW X3 CC of two Russians Alexander Mironenko and Sergey Lebedev got stuck in the dunes. They currently still are on their way to completing the special stage.

“This was a really good day for us,” said Monster Energy Team Manager Sven Quandt. “Nonetheless, we mustn’t take it too easy, now, and have to keep on pushing. Okay, our rivals are an hour behind but if you get stuck in the dunes this lead can be lost quickly.”

Tomorrow, on Friday, 13th January, the Dakar calendar features the 12th special stage to Nasca. The special stage is characterised by countless dunes that represent virgin soil for many drivers.