Adrien van Beveren admits he got "cross" after suffering early navigational woes at the start of the Dakar Rally's penultimate stage, as his hopes of delivering Yamaha a long-awaited win took a major hit.

The French rider went into Thursday's 346km loop around Bisha leading the rally overall by nearly six minutes, but as the fourth rider in the running order he suffered on the first part of the stage.

After just 43km, van Beveren had already conceded 13 minutes to the leaders as he struggled to find an early waypoint, and that deficit grew to 21m33s by the end of the stage as he suffered two crashes and also had to save fuel having covered extra distance.

It means the Yamaha man is now facing a deficit of 15m30s to new leader Sam Sunderland with just Friday's final stage from Bisha to Jeddah remaining.

"At four kilometres there was a waypoint that didn't open [activate]," said van Beveren. "I was a bit too far to the left, so I went to the right to find it. The first time, it didn't open, then I saw a rider open it, and I told myself that it must be there.

"I went there, still not open... I'm not sure the waypoint was in the right place. I was at the right kilometre, I didn't open it... it was really strange.

"It's frustrating because I lost a lot of time and that made me cross. After, I went flat out, at 200 percent and I had a few scares. I think I attacked too much so I tried to regain my calm.

"I really gave it everything, I fell twice and normally I don't fall often. It's true the guys ahead didn't help me, but that's how it is. I have no regrets."

GasGas rider Sunderland was the big winner on a day that resulted in a major reshuffling of the leaderboard, and now holds a 6m52s buffer over Honda's Pablo Quintanilla going into the last stage. 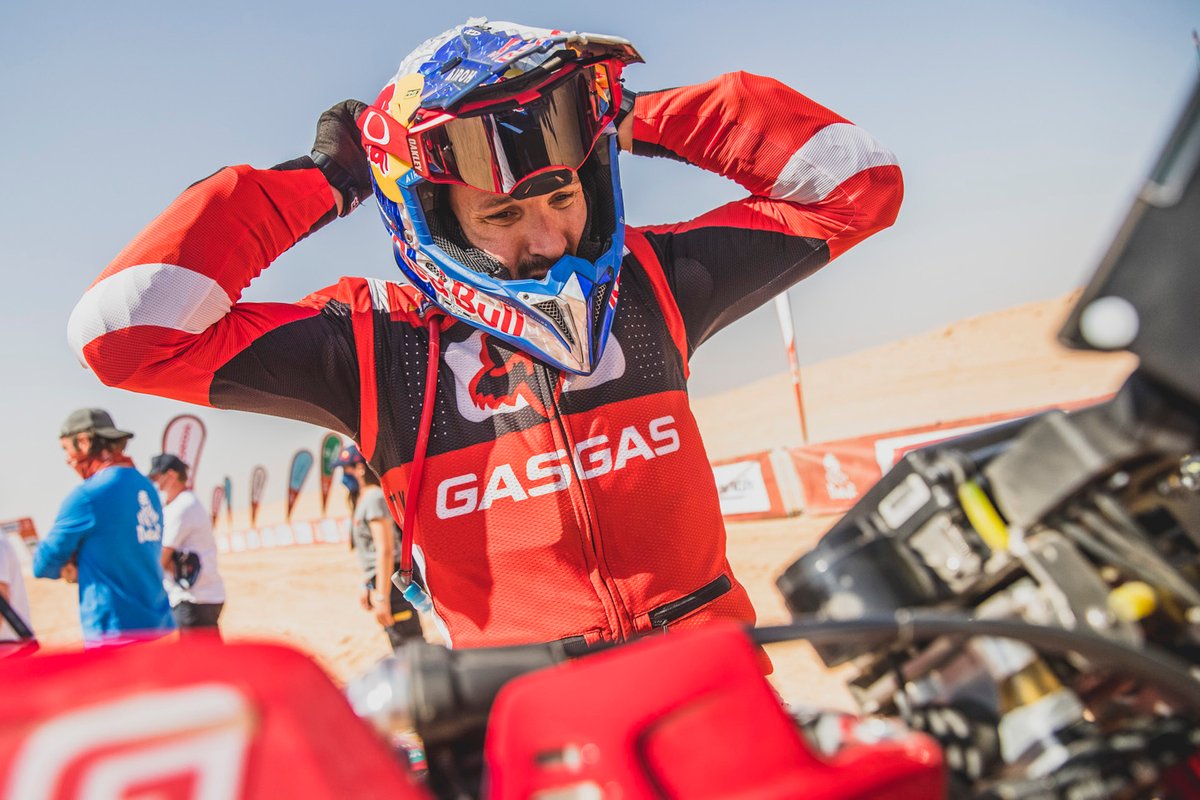 The Briton, who is targeting a second Dakar crown, however says he is taking nothing for granted.

“It was a really difficult stage again as we expected," said Sunderland. "There was a lot of navigation for the guys in front. I tried to stay on top of the roadbook. Already, after 4km there were lines everywhere [in the sand]. I think there were some guys who were confused there.

"We had quite a lot of dust in the first few kilometres and then I really just tried to push all day to make some time up in the dunes. I’m feeling really good and looking forward to tomorrow.

"I’m just going to stay focused and keep doing my best. That’s all I can do and the others will do what they do. It’s been really difficult this race because, as you saw, the times are so close every day. I’ll just try and have a clean stage tomorrow and hopefully we can get it done."