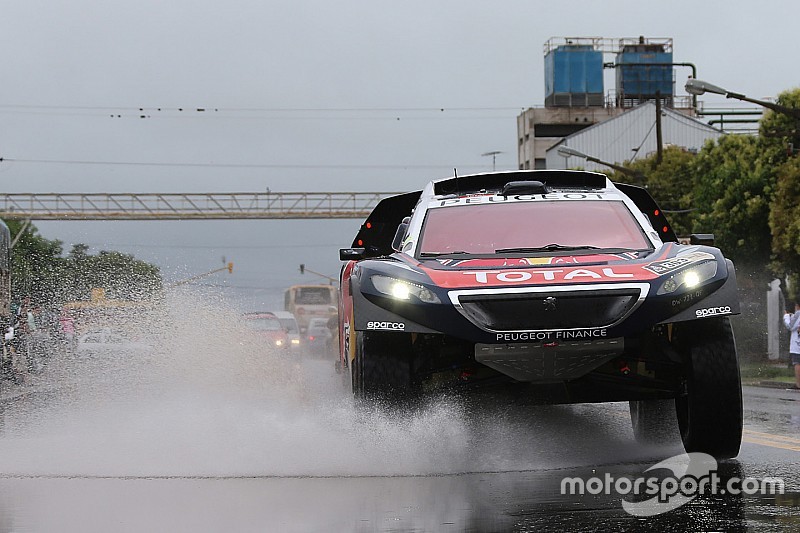 The route for Stage 3 of the Dakar Rally has been shortened due to ongoing bad weather.

After the first day proper of rally was washed out, the second stage from Villa Carlos Paz to Termas Rio Hondo was shortened from 450km to 354km for bikes and quads, while the trucks and cars ran for 387km.

The decision to re-route the third stage was taken during Monday night's meeting, which will see all the categories run a total of 626km instead of the originally planned 664km.

"This time, the competitors will find an area with a slightly more technical track and presence of stones compared to what was seen in stage two," said the Spaniard.

The third stage will kick off at 0800 local time, with bikes going first.

Loeb and Hirvonen quick, but need experience to win - Al-Attiyah