The technical and regulatory battle of Dakar 2022

The FIA and the ASO are facing one of the greatest challenges in the history of the Dakar Rally as they aim to balance cars built to T1+ and T1U regulations.

After years and years in which the Dakar Rally was seen as an outsider in the world of motorsport, the FIA has now decided to work hand-in-hand with the organiser of the legendary event.

In addition to creating the new FIA World Rally Raid Championship (of which the Dakar is the first event, with double points), the two have established a regulatory basis to attract as many car manufacturers as possible.

The first major step has been to bring together the reference drivers in the T1+ category, which is made up solely of 4x4 prototypes with a width of 2.3 metres, 350mm of suspension travel, 37-inch wheels and a minimum weight of 2,000 kg.

Prodrive, through its Bahrain Raid Xtreme team, Toyota Gazoo Racing and Martin Prokop have created prototypes that fit into this division, which adopts almost all the features of the buggies that have won the last two Dakars thanks to the good work of Carlos Sainz, Stephane Peterhansel and the X-raid Mini team. The main exception is the system for inflating and deflating the tyres inside the cabin.

On the other hand, the T1 Ultimate (T1U) category has been designed to accommodate renewable energy projects that will pave the way for the future of the Dakar Rally. The organiser expects Elite drivers to compete with these cars as early as 2026 and envisages a "very low emissions" rally as the ultimate solution from 2030.

T1U is where Audi Sport's complex project fits in. Its electric RS Q e-tron adopts very similar regulations to its combustion engine rivals, but with the special feature being three electric MGU units from Formula E and a high-efficiency TFSI petrol engine from the DTM.

To balance the performance between them, the FIA, the World Rally Raid Championship's governing body from 1 January 2022, has installed a black box in each of the cars. It will collect a huge amount of data at each stage to analyse how far each prototype has come (engine revs, pressure and temperature in the intake system, supercharging pressure, etc). This will allow the Balance of Performance (BoP) to readjust different parameters at the end of each rally - in a similar way to the GTE classes in the World Endurance Championship (WEC).

How has the FIA balanced the performance of cars that have not raced in 2021? 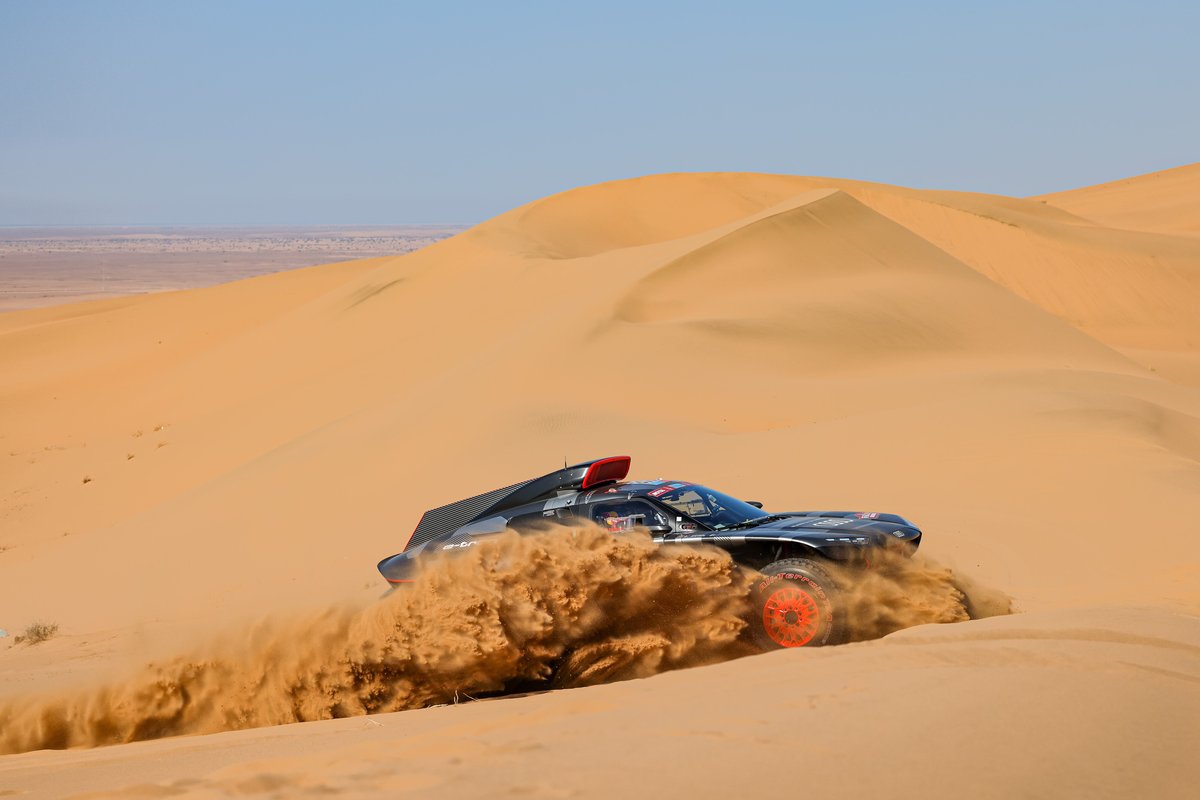 The answer to this question is complex. The FIA on asked all the reference teams to take their cars to the test bench in Switzerland to obtain the necessary parameters to balance their performance, despite the fact that they have not raced against each other before the Dakar (only Toyota has contested rallies in recent months).

Thus, the power output of all of them is around 400bhp, but the Audi is over 2.2 tonnes, which makes it significantly heavier than its rivals. The Toyota has exactly 402bhp compared to approximately 386bhp for the German prototype. All of this is controlled by an electronically adjustable power curve.

But the Audi Sport bosses are complaining about an unexpected change from what they were promised 18 months ago when they started their project.

In an interview with Motorsport.com, Sven Quandt, the head of the Q Motorsport outfit that Audi has partnered with for Dakar said: "When we started more than a year ago, we were promised a lot of positive things that would help us overcome the problems we had at the beginning.

"But now the T1+ have an advantage. The main issue is the weight. We were promised an inflation-deflation system that allowed us to consume less energy. All our calculations were based on that. And when you have a 2.2 tonne car, it makes a difference.

"We wanted the FIA to adjust the BoP during the race, but they will do it at the end of the race. It will be a problem for us, but it's what it is.

"We have more torque in the first few metres, obviously, but that doesn't win you a Dakar. I think the goal should be to win one or two stages and then we'll see. The main question is whether we will make it to the end." 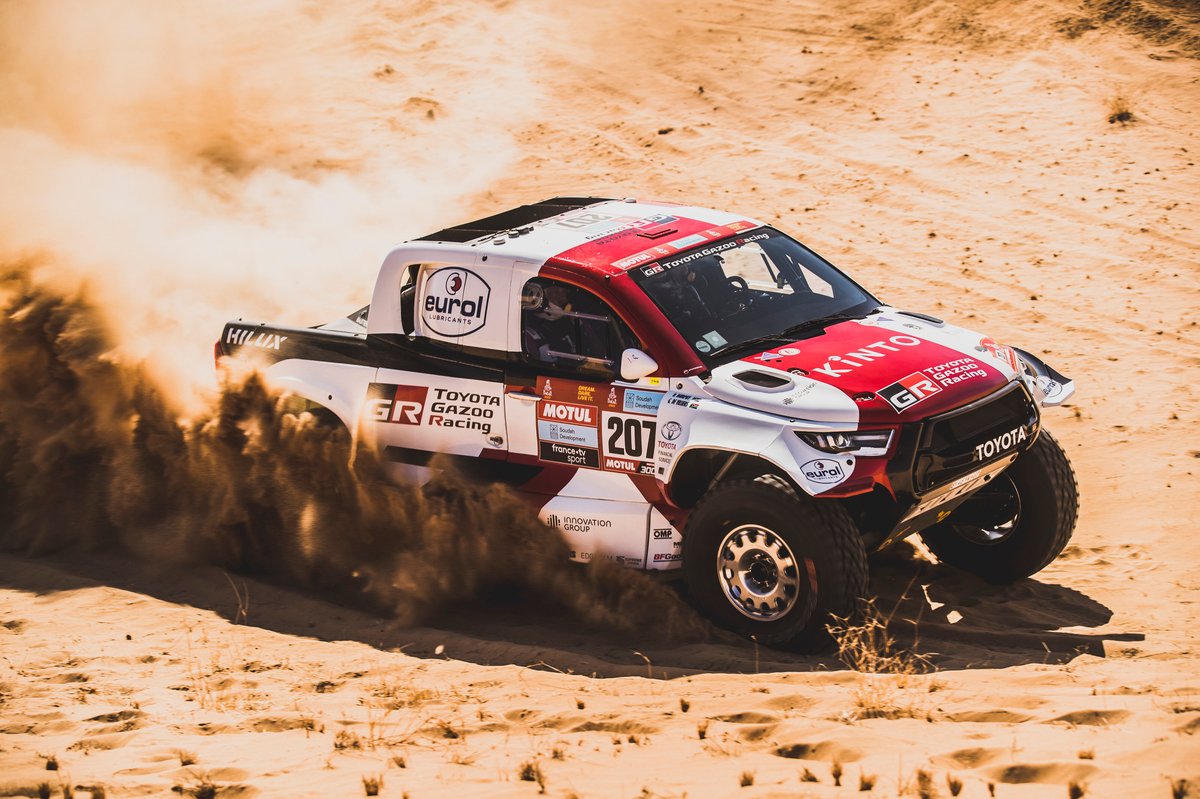 Meanwhile, Toyota Gazoo Racing boss Glyn Hall says the Japanese manufacturer is at the mercy of the FIA, as the Audi is a prototype that has never been raced and it has little information about it.

"We have all done a great job to have all these regulations ready in 12 months, when everything looked bad for the future after the 200 punctures recorded by BF Goodrich at the Dakar 2021," he told Motorsport.com.

"Toyota made it clear in February that it would not continue in the Dakar if we did not resolve this issue. The balance of performance is tight, but we don't know anything about Audi. Their regulations are not 100% public or clear, so we are relying on the FIA in this respect to keep an eye on them. I hope they keep a close eye on them.

"My people have done a tremendous job and we have focused on ourselves, completing over 7,200km of testing. I think we have one of the best cars we have built in the last 30 years. We have improved on 2021 by 0.3-0.4 seconds per kilometre. This year everything is fairer in terms of tyres and I think we start the Dakar on a more equal footing with our rivals."

The stakes are high and the three-way duel promises to be exciting from the first day to the last. If reliability turns its back on the leading teams, the old T1s, including several buggies like the ones that won the last two editions, will be in the battle.