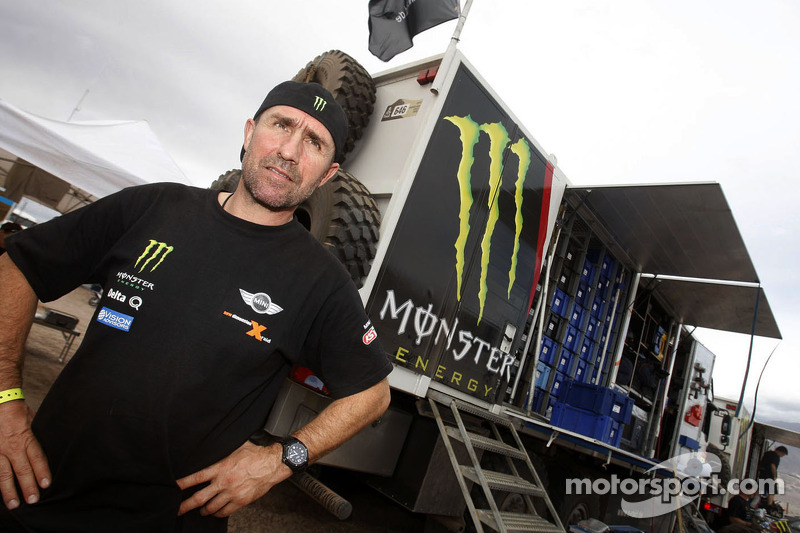 X-raid takes overall lead into the day of rest 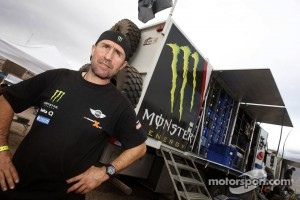 Following yesterday’s unintended day of rest, the X-raid drivers had to contest a loop stage around the Chilean city of Copiapo, today. The special stage consisted of two sections – 140 kilometres and 220 kilometres split by a neutralisation phase. The green Monster Energy MINI ALL4 Racing raced by the Frenchmen Stéphane Peterhansel and Jean-Paul Cottret finished third behind Nasser Al Attiyah and Robby Gordon, thus defending the overall lead ahead of their team-mates Krzysztof Holowczyc (Poland) and Jean-Marc Fortin (Belgium) who took their ORLEN MINI ALL4 Racing to fourth position, today. The yellow Monster Energy MINI ALL4 Racing of Spanish-French pairing Nani Roma and Michel Périn followed in fifth position. The two Portuguese Ricardo Leal dos Santos / Paulo Fiuza in the green and Russian-German pairing Leonid Novitskiy / Andi Schulz in the orange MINI ALL4 Racing finished seventh and eighth respectively.

Overall leader Peterhansel also proved to be the best Monster Energy X-raid of the day by finishing third. “To secure a top position, today, you had to push hard, really hard,” revealed the overall leader, “But at the same time, you had to keep an eye on your car. Today, the dunes were mixed with camel grass and in these conditions, the Hummers with their bigger suspension travel enjoyed a clear advantage.”

At the beginning of the special stage, Holowczyc was hampered by an opponent and later, he lost more time due to two punctures. “On a narrow section, we drove for quite a while behind a quad driver who just refused to let us pass,” said the Pole. “Then I tried to pass him, nevertheless – and hit a stone.” The result: a puncture at the front and a slow puncture at the rear.

But this wasn’t the end of it: in the neutralisation phase, Ricardo Leal dos Santos brought Holowczyc and Fortin two fresh tyres. “Then we began changing the tyres,” said the Belgian navigator. “At first, we changed the flat tyre at the front and the slow-punctured rear tyre. And as we also had the other two fresh tyres available, we opted for also changing the second front tyre and keeping the used one as reserve.”

For Dos Santos and his co-driver Fiuza, helping their team-mates was a matter of course but at the same time, their support meant that they had to drive somewhat carefully, in the second section of the special stage. “Afterwards, we had just one spare tyre and therefore opted for taking no unnecessary risks,” explained Dos Santos. While Novitskiy lost time in the dunes, today. “Unfortunately we got stuck on the way up a dune,” said co-driver Schulz. “This incident cost us about 10 minutes.

Chilean Boris Garafulic keeps on delivering in fine style, with his Vision Advisors BMW X3 CC and finished 14th, today. “Once again, things went well for us,” said the Chilean, “But I have to admit that the dunes in the closing stages were rather tough. My racing overall is all in sweat.” The Russians Alexander Mironenko and Sergey Lebedev finished 19th in the seventh special stage – as things are now. Meanwhile, German pairing Stephan Schott and Holm Schmidt lost an hour in the dunes. In the end, they finished 32nd.

Tomorrow is the scheduled day of rest. But although the drivers won’t have to contest a special stage they won’t have the time to just put up their feet as the time schedule comprises numerous media and sponsor commitments.