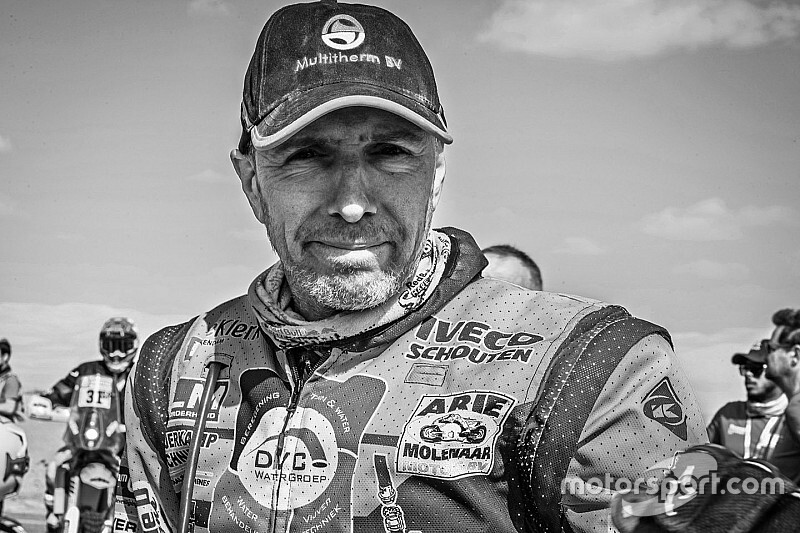 Dutch motorcycle rider Edwin Straver has passed away aged 48 after his accident in the 2020 Dakar Rally.

Straver, who was riding a KTM 450 EXC in the 'Original by Motul' subcategory of the Dakar that forbids assistance crews, crashed during the penultimate stage of the Saudi Arabia-based marathon on January 16.

It was reported he had "no heartbeat for 10 minutes" in the aftermath of the accident but was subsequently resuscitated by medics arriving at the scene.

He was transported by helicopter to a hospital in Saudi Arabian capital Riyadh, where he remained in critical condition for several days and "it became clear that he would remain unconscious", as per the statement announcing his passing.

Earlier this week, Straver was transported back to the Netherlands. With the brain damage he had sustained proving too significant, assisted respiration was ceased in consultation with the rider's family, and he passed away on Friday.

Straver - a maintenance engineer who owned a company in Rijswijk - was contesting his third Dakar Rally, having won the 'Original by Motul' class on his second appearance in the marathon last year in Peru.

He is the second rider to pass away as a result of a crash in the 2020 edition, after 2015 runner-up Paulo Goncalves suffered a fatal high-speed accident on January 12 during the seventh stage.