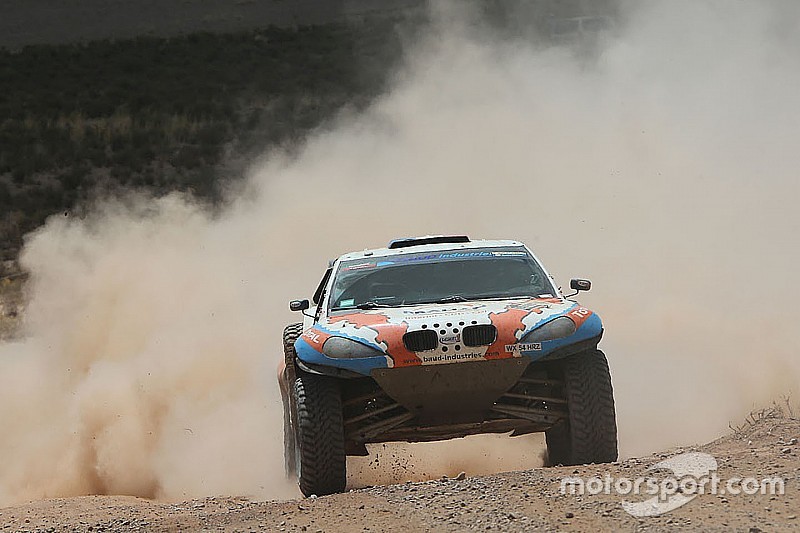 Dakar Rally organisers have confirmed the death of a 63-year-old spectator during Saturday’s seventh stage of the 2016 event between Uyuni, Bolivia to Salta, Argentina.

The accident occurred at kilometre 82 of the special stage, and involved the Mitsubishi Lancer of French driver Lionel Baud. Reports suggest that the spectator was killed instantly.

A statement from event organisers said that Baud’s car “hit a 63-year-old man who was isolated on the race course.

"Once at the [accident] site, the medical service of the organisation unfortunately could only note the death of the injured person.

Baud, 48, had been running in 52nd position overall.

It was the first recorded death on this year’s event, and is the first fatality involving a spectator since 2013, when a support vehicle crashed with two taxis in Peru, killing two onlookers.

Spectators were injured on the prologue stage ahead of this year's event, leaving one in a critical condition after being hit by the Mini of Chinese driver Guo Meiling.