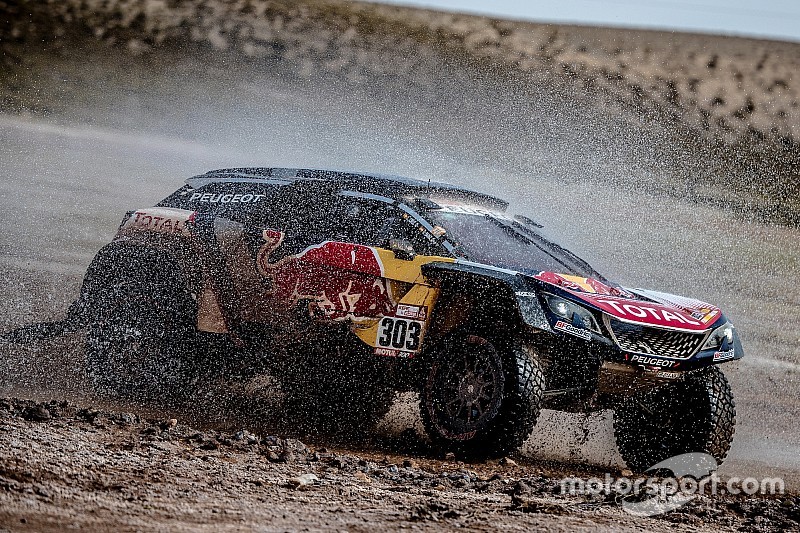 Peugeot driver Sainz, who led by over an hour in the general classification prior to the sanction, had found himself under investigation in the aftermath of Saturday's La Paz – Uyuni stage.

He was accused of colliding with 2017 cross-country rally world champion Koolen in the stage and failing to subsequently stop and assist the Dutchman, who would go on to lodge a complaint with the organisers.

Sainz, for his part, was adamant he “didn't hit any quads”, elaborating: “I saw that he saw me and that he went off the road. I accelerated, and when, I did I noticed he lost control because there was a lot of mud.

“Then he came back onto the road and I miraculously avoided him. I was very close, but I didn't touch him.”

However, the 55-year-old was eventually assessed a 10-minute penalty in the general classification for “potentially dangerous” conduct.

Peugeot Sport boss Bruno Famin disagreed with the penalty, and said the organisers would soon be notified of the team's intent to appeal.

“The truth is that Carlos did not hit the quad, because it was not damaged and also finished 10th in the two stages since,” Famin said.

“In addition, if the organisers believe there was bad behaviour on Carlos' part, the penalty should be a monetary one.

“We can present it in the next three-to-four days and then it will be several weeks until the decision – if we do not go internationally. Otherwise, it's a process that can take five to six months.

"Nobody really can understand this penalty. This leaves the door open to anything. If any competitor can say that he almost collided with another, we will all have a 10-minute penalty. It really is incomprehensible.

"They [the stewards] want to be protagonists of the race because people are going to talk about it and even after [the end of the rally in] Cordoba we will not know the winner.”

It is understood that the stewards did determine Koolen's Barren Racer quad had been damaged, but also that it has not been proven the damage was a result of a collision with Sainz's Peugeot 3008DKR Maxi.

The penalty takes Sainz's lead in the overall classification to 56m37s over Toyota's Nasser Al-Attiyah, with five stages left to run in the 2018 edition of marathon.