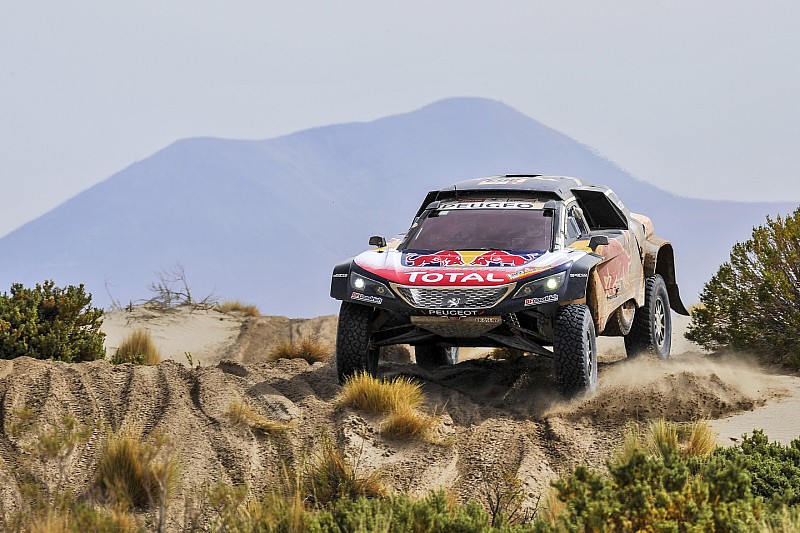 Dakar Rally leader Carlos Sainz is facing an investigation after a rider accused the Peugeot driver of having hit his quad during Saturday's stage.

Dutch rider Kees Koolen said Sainz had hit his quad during the first half of the marathon stage running from La Paz to Uyuni.

Dakar rules state that any driver who witnesses an incident must stop and assist the affected competitor and warn organisers about the accidents.

Koolen claimed Sainz had not stopped to help him after the incident, which is being investigated by the stewards.

The Peugeot driver denied any wrongdoing, however, saying he was sure he had not made any contact with Koolen.

"There are times when I can have some doubts, I know for sure that I didn't hit any quads," said Sainz.

"It was a very muddy area. I warned him with the sentinel and I saw that he saw me and that he went off the road. I accelerated and when I did I noticed he lost control because there was a lot of mud.

"Then he came back onto the road and I miraculously avoided him. I was very close, but I didn't touch him."

The two-time world rally champion said he was not expecting any sanctions.

"I hope not I didn't hit him and there must be an error. I think it was more his fault than mine," added Sainz, who met with the stewards and Koolen.

"I gave my version and he gave his. My car doesn't have any impacts and neither does his quad. If I had hit him with the car I'd destroy the quad and we'd be discussing something more serious.

"Thank God nothing happened, but the one who lost control of the quad was him."

Stewards are expected to make a decision about the incident on Monday, before the rally resumes on Tuesday.