Rally legend Carlos Sainz says there is “double the pressure” on competitors in the Dakar Rally due to the uncertainty caused by the coronavirus pandemic. 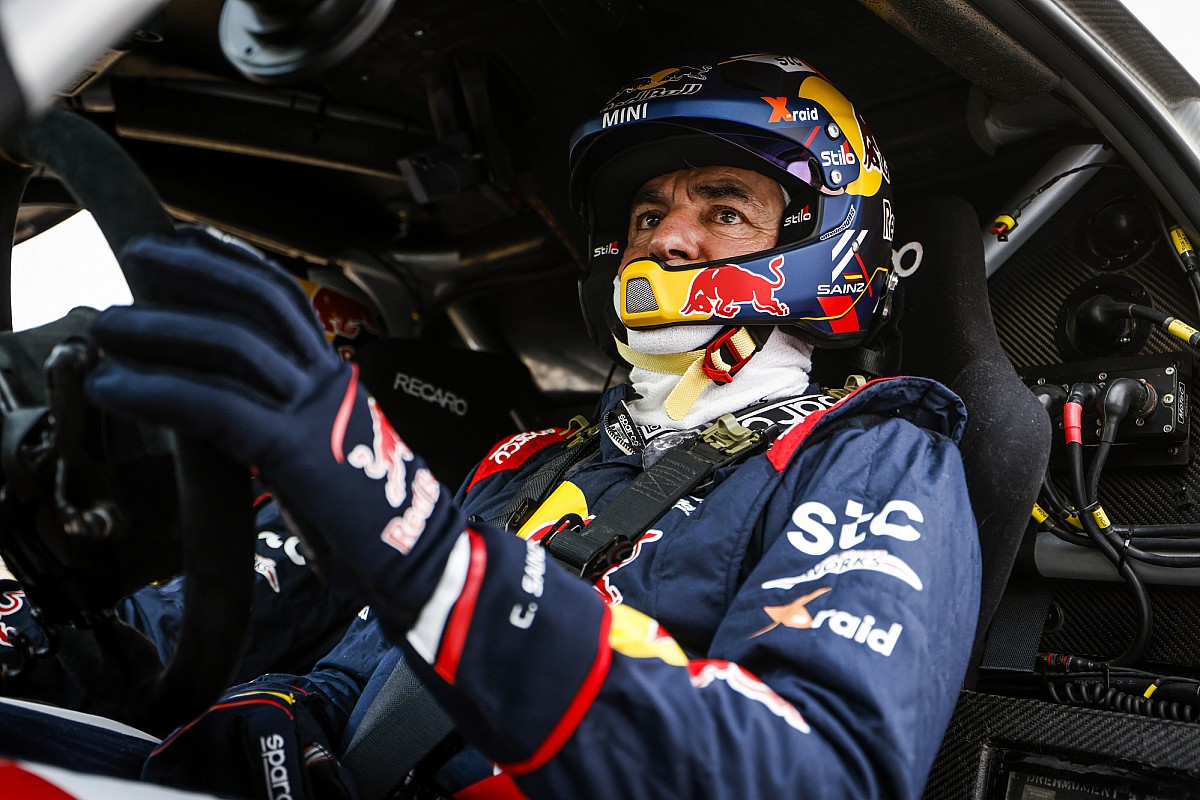 The 2021 edition of the rally-raid kicked off with the Prologue in Saudi Arabia on Saturday amid renewed restrictions around the world following the emergence of a new strain of coronavirus in the UK.

Organiser ASO arranged 21 charter flights on 18 aircraft to guarantee the presence of all competitors in Jeddah after Saudi Arabia shut down its borders to limit the spread of COVID-19.

All participants were required to undergo COVID tests two days before flying to the Gulf nation, apart from getting flu vaccines, while a second set of tests were performed 48 hours after their arrival before they were granted access to the bivouac.

Masks and social distancing will remain mandatory for the duration of the event, with competitors not allowed to leave the bivouac even on the rest day, as had previously been the case.

Three-time Dakar champion and X-raid Mini driver Sainz believes competing in a rally in the middle of a pandemic has added an extra degree of pressure for all competitors.

“It was not an easy start I have to say,” Sainz told Motorsport.com. “First of all because of all this Covid situation which doubles the pressure and every time you do the test, there is this uncertainty about the result.

"But the organisation did a great job and it’s great that we could kick off.”

Sainz recovered from a puncture in the Prologue to grab the lead in Sunday’s opening 277km stage from Jeddah to Bisha, narrowly outpacing his teammate and 13-time winner Stephane Peterhansel in an X-raid Mini 1-2.

Neither had a clear run in the Saudi desert, with Sainz revealing he lost four minutes with a navigational error, but he ultimately won the stage by 25 seconds after Peterhansel suffered a puncture 30-40km from the finish.

The two are now split by eight seconds heading into the second stage on Monday.

“As last year, the rocky paths complicated our life with a puncture in the first part of the stage around km 70," Sainz explained.

"After the puncture we went smoother, but then there was a note on the roadbook that was not very precise and we lost four minutes going up and down to find the right way.

“This is my third year with Mini so I feel comfortable. The most important thing in fact is the perfect combination of the package: car–driver and co-driver.

"I know Lucas [Cruz] very well and today he did a great job with the new digital roadbook. Receiving the roadbook only before the start of the stage represents an extra unknown, but we used our experience and intuition when the road was not so clear.”