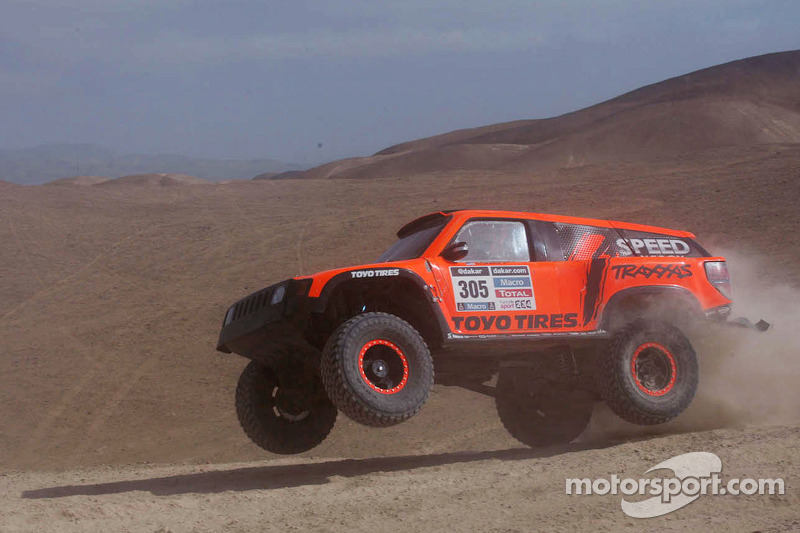 El Salvador, Chile (January 16, 2014) – Robby Gordon and the SPEED Energy/Toyo Tires Gordini began Thursday’s 11th stage of the 2014 Dakar Rally with the same tenacity and determination that they start any race. The day’s goal was to capture the team’s first stage victory of Gordon’s 10th attempt at Dakar glory. 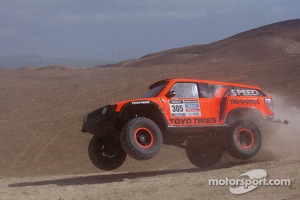 Just 18 kilometers into the stage, however, Gordon and navigator Kellon Walch noticed a severe fuel contamination issue and returned to Antofagasta, Chile where the stage began. Once there, the team went to work for more than 10 hours to diagnose and repair the damage the fuel created.

Gordon did not return to the race during Thursday’s stage, and as of late Thursday night the entire team was traveling toward El Salvador where they hope to return to competition Friday. Given their remote location and the late hour, despite its ability to return to the race, it remains to be seen if the sanctioning body A.S.O. will permit the HST Gordini to complete the final two stages of the Rally.

Further updates on Gordon’s status in the race will be released Friday morning.