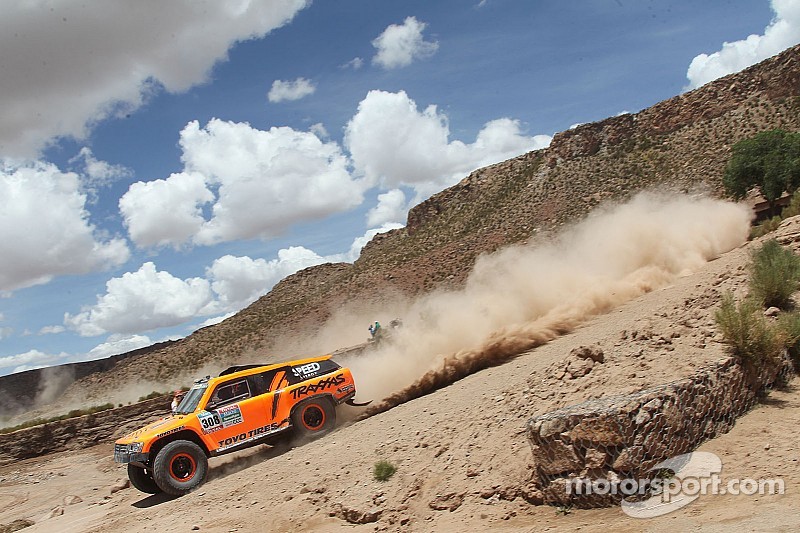 Moves up to 19th in the overall standings.

ROSARIO, Argentina – Robby Gordon and navigator Johnny Campbell moved closer to completing the 37th Dakar Rally on Friday by finishing ninth in Stage 12 with a time of 3 hours, 9 minutes and 26 seconds.

Gordon’s run on Friday was largely uneventful, which was in question following Thursday’s hard contact with a dirt embankment that temporarily stopped the team’s progress. Following the crash, Gordon and Campbell almost immediately restarted the Traxxas/Toyo Tires Gordini and completed the stage.

Gordon remains 19th in the overall standings with only one stage remaining as the teams return to Buenos Aires. Argentina’s Orlando Terranova won Friday’s stage with a time of 3 hours, 4 minutes and 6 seconds. Qatar’s Nasser Al-Attiyah holds a lead of more than 35 minutes over South Africa’s Giniel De Villers in the overall standings.

Saturday’s final stage will be shortest of the 13 stages over the 9,111-kilometer (5,661 miles) event. Its 393 kilometers (244 miles), of which only 174 kilometers (108 miles) will be timed, brings every competitor running back to a massive celebration in Argentina’s capital city. Rally officials anticipate several hundred thousand spectators awaiting the drivers' return.

Follow the Dakar Rally through live timing and scoring as well as live updates at planetrobby.com. NBCSN will provide daily highlights beginning Jan. 5., check local listings for exact channel and time in your area.

Robb's Dakar ride: the end of the line