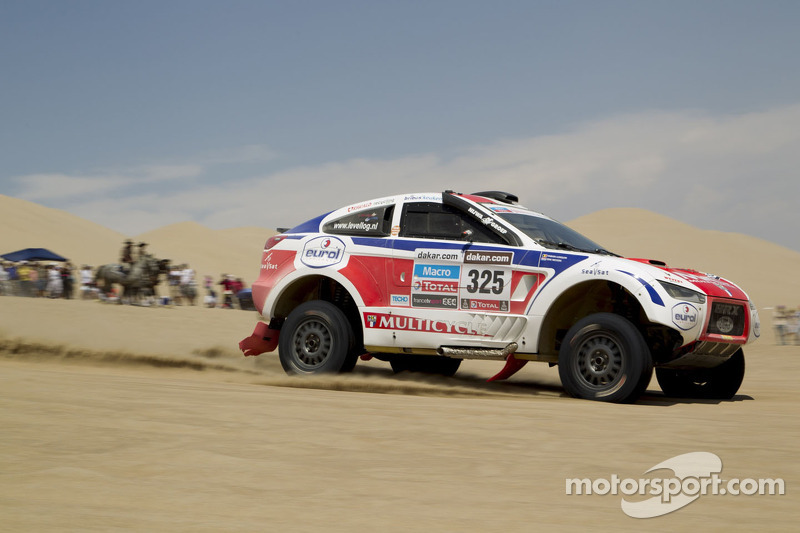 IQUIQUE - The ninth stage of the Dakar Rally, from Calama through the spectacular sand dunes to Iquique, promised to be the most prestigious stage of the 2014 Dakar. A heavy special stage with a spectacular descent of 1,000 meters high dunes towards the bivouac. The Riwald Dakar Team unfortunately did not emerge unscathed at the finish.

Erik Wevers and navigator Fabian Lurquin were stuck with technical problems after 37 kilometres. They could not solve the problem at the scene. After hours of discussion they called the team with the request to pick up and drag the HRX Ford towards the bivouac. Unfortunately, that means the rapid duo is out of the rally. 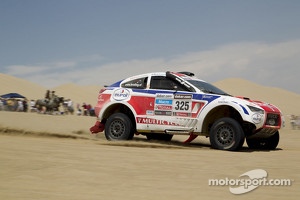 Good pace
Bernhard ten Brinke also had his difficulties. After two impressive top-10 results in a row the bad luck hit him at stage 9: "We have lost a lot of time because of a broken belt. In the remainder of the stage time I tried to gain some of the lost time, but the stage was so demanding it was not possible. The dunes were very heavy but fortunately we didn't got stuck. The first part went excellent: we were in seventh place , and we even overtook Carlos Sainz in the buggy on pure speed! As for now, the goal is to bring the HRX Ford unharmed across the finish line.”

The special stage of today, split into two sections with very different features, will begin with the descent towards the shores of the Pacific. The advance gained in the stage the day before may will be increased in the sand during the first two hundred kilometres. Even more skill will be required to tackle the sections of fesh-fesh in the second part of the stage.