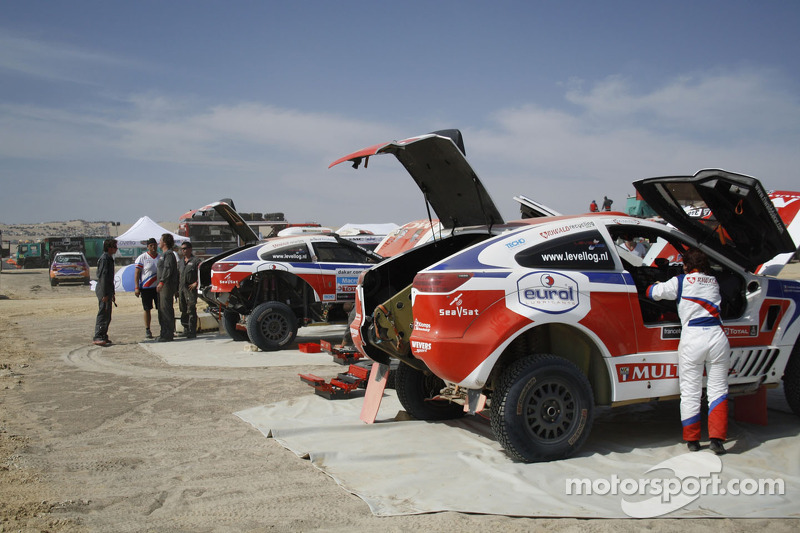 The Riwald Dakar Team enjoyed the starting ceremony in Lima and the cheers of thousands of Dakar fans with the fullest. But the real action started 250km further in Pisco, where a special stage of 13 km was plotted in the sand. The Dakar Rally 2013 has finally begun. 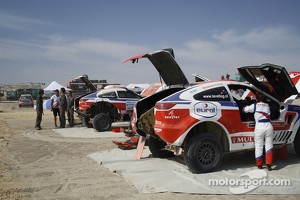 In the first encounter with the dunes there was a lot to loose and not much to gain. Erik Wevers and Gert Huzink therefore opted for a safe start in their HRX Ford during the first day of the world's toughest rally.

Both men used the mileage to get familiar with their revised cars. Erik Wevers finished in 22nd spot with his Belgian navigator Fabian Lurquin, 1:02 min. behind winner Carlos Sainz, while Gert Huzink with Eugénie Decré arrived in 51th place with a margin of 2:21 min.

Tomorrow, during the second stage, things immediately become very serious. In another Pisco-Pisco special stage, now a lengthy 242 km, there is nothing but sand including serious dunes.

Erik Wevers/Fabian Lurquin (car number 325): "During the liaison of 250 km we came across many Peruvians fans. A wonderful experience, but with some delay as a result. Eventually we were able to start in time and we chose not to take to many risks. The real Dakar starts tomorrow.”

Gert Huzink/Eugenie Decré (car number 346): "The car worked fine and the new engine is superb. Especially the first part we took things easy to find our rhythm. Tomorrow it becomes real with the first serious dunes. I hope we can make up some places."