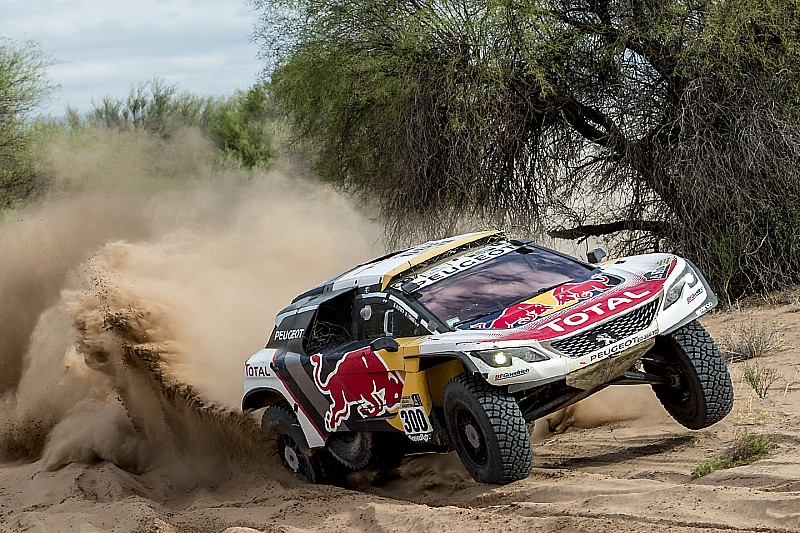 Peugeot will quit its Dakar Rally programme if proposed rule changes to the South American event come to fruition next season.

There's talk that next month's FIA World Motor Sport Council will ratify change to the regulations for the World Cup for Cross Country Rallies, and Dakar organiser ASO will follow suit in handicapping two-wheel drive buggy-style vehicles such as the 3008 DKR.

If it does, Peugeot team principal Bruno Famin says the French marque will walk away, having won the event for the past two years with Stephane Peterhansel.

Famin said: "If the concept presented by the cross-country commission is adopted by world council and adopted by Dakar, we are out. We only start [Dakar] if we have a chance to win."

Peugeot's Carlos Sainz agreed with Famin's policy and admitted the regulation change would be a step too far.

Sainz told Motorsport.com: "When we started with a car which was losing around one second per kilometre nobody said the regulations were wrong, nobody complained.

"But now Peugeot made a really good job with the car and everybody is complaining.

"I understand that maybe the difference might be too big and maybe something needs to be done, but I still believe a four-wheel drive car can be quicker than us in some stages."

The chief beneficiary of slower Peugeots would be X-raid's semi-works Minis, which took four successive wins from 2012-15.

X-raid's Sven Quandt said: “The stronger should be prepared to give up something, especially if he is so dominant, as recently Peugeot has [been]."