Ex-MotoGP rider Danilo Petrucci revealed he was unable to fix the bike issue which effectively knocked him out of the running at the Dakar Rally because he lost his phone.

Petrucci is making his Dakar debut with KTM and Tech3 – with whom he raced in MotoGP last season – having lost his MotoGP ride for 2022.

With little preparation time on his rally bike ahead of the 2022 edition of the famous rally raid, Petrucci made a strong start to his maiden Dakar on the opening day.

Fighting for the top five on Monday's second stage, he was forced to stop around 115km in due to a fuel pump issue.

The double MotoGP race winner discovered he'd lost his mobile phone, as well as his passport and wallet, and so was unable to contact his team at the bivouac to talk him through repairs.

As a result, he was forced to contact the organisers using the system on his motorcycle and was hit with a penalty that has ruled him out of victory contention, though has been allowed to restart as part of new rules for 2022.

Speaking in an Instagram live, Petrucci revealed his plight: "Yesterday I did very well, I felt the fatigue of the first day a little bit.

"But I was on the bike well. Then I caught up with [Stefan] Svitko, who was in front of me.

"I felt good and caught them quickly. After 115 kilometres I had to switch from the rear to the front fuel tank and then the bike switched itself off.

"Unfortunately, there was [an issue] that I couldn't change. It was quite easy, but I didn't have the right stuff.

"I wanted to call my mechanics in the bivouac, but I also discovered that my phone was no longer in my back pocket.

"My passport, driving license and cash were also gone. I had no way of contacting my team." 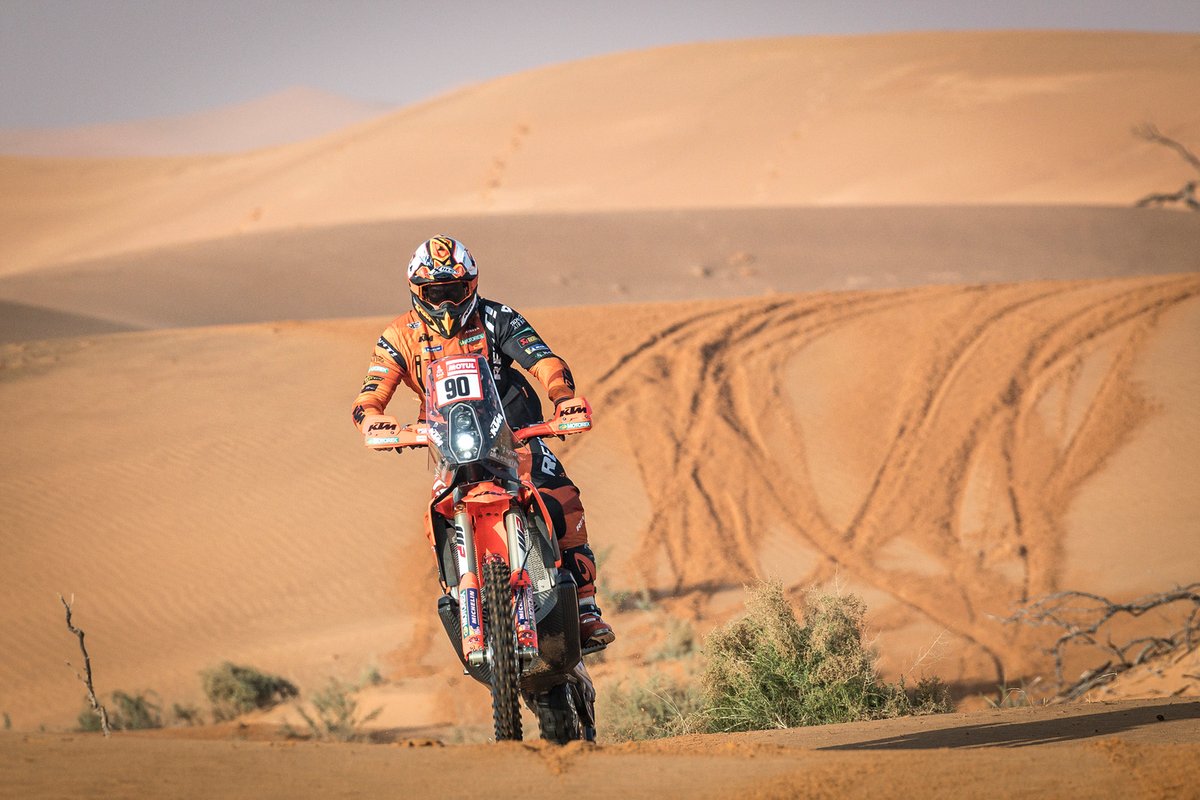 Petrucci admits it was "annoying" to have found out he was in contention for the top five when he returned to the bivouac, but notes "I'm here to learn and have fun, then the results will come."

The Italian also noted he is having to keep an eye on the broken ankle he suffered during his training for the event, saying: "I have to be careful with my ankle, it's broken and I don't want to make it much worse than it is now."

Petrucci's participation in the 2022 Dakar was plunged further into doubt last week when he received a positive PCR test for COVID-19.

However, it proved to be a false positive test and he was cleared to ride at the 11th hour.