Laia Sanz will contest her first Dakar Rally in the cars category at the wheel of an X-raid-prepared Mini All4 Racing in 2022.

Sanz announced last month that she will end her Dakar career in the motorcycle division after 11 successive appearances including a ninth-place finish in 2015 with KTM, finally committing to a switch to four wheels that had been in the works for several years.

For her maiden Dakar outing on four wheels, Sanz will be joined by former motorcycle racer Maurizio Gerini as her co-driver. Gerini not only shares a motorcycling background with Sanz, but is also an experienced navigator with four Dakar starts to his name.

“During my sports career, I have always liked to get out of my comfort zone and now I am embarking on a new adventure. I think that for many things it was time to make a change,” she said.

“After 11 editions, I think I have achieved things that I would not have imagined before participating in my first Dakar.

“They have been great results, very good experiences, but also tough, and I think that for many things it was time to make a change. During my sports career, I have always liked to get out of my comfort zone and now I am embarking on a new adventure.

“It will be by car, with a MINI 4x4 from X-raid and I am very excited. I think this vehicle gives me guarantees of not having problems, of making a good debut and, above all, of trying to finish the Dakar, learn as much as possible and try to do the best possible.” 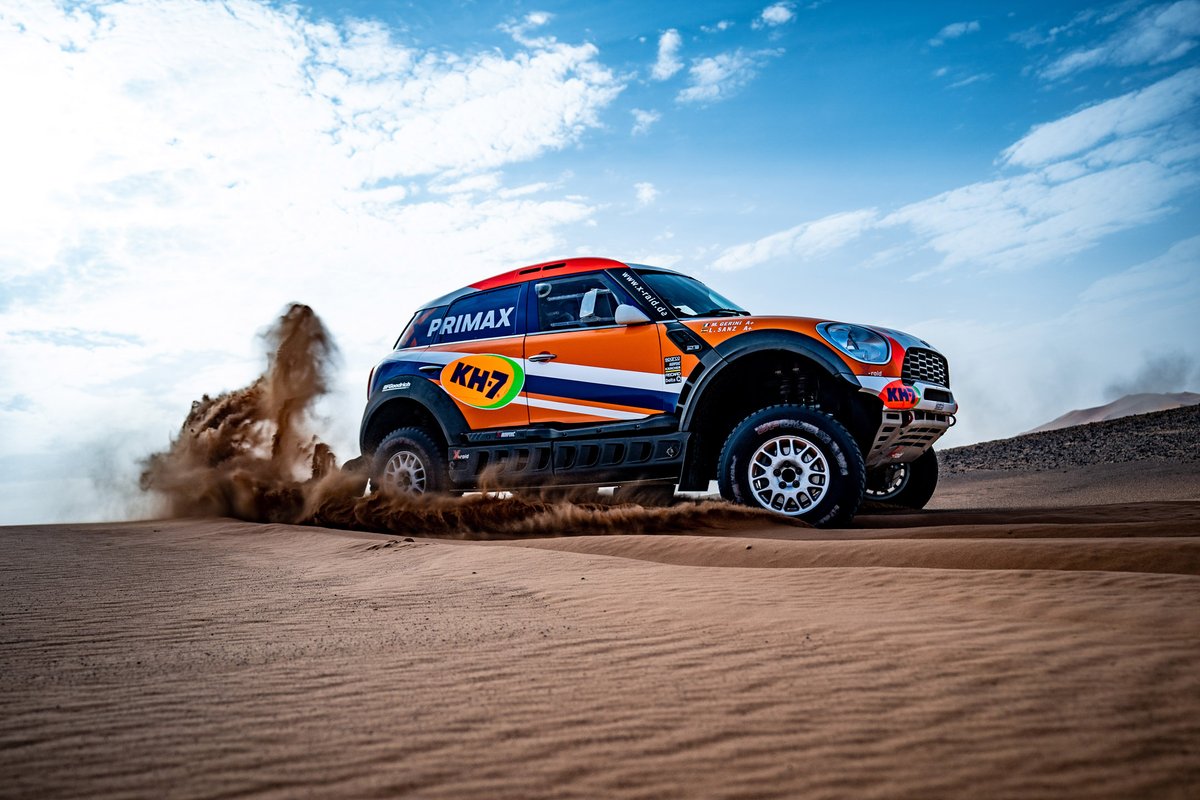 As part of her preparations, Sanz took part in the inaugural season of Extreme E this year, sharing the championship’s stock Odyssey 21 car with Dakar veteran Carlos Sainz Sr.

She gained further experience in the cars category in Baja Dubai and the Andalusia Rally, finishing eighth in the latter driving the same Mini All4Racing 4x4.

Sanz will make one further outing in the Ha'il International Rally at the beginning of next month, before she makes her Dakar bow in the cars category on January 2-14 in Saudi Arabia.

“In order to prepare for my debut Dakar in cars, we are going to compete in Ha'il, where we hope to begin to understand each other and gain kilometres that will be very important to get to the starting line on January 1 with some experience,” she said.

“This test is held in an area and on terrain similar to that which we will find in the Dakar and that is why we will be there.”