A revised version of KTM's 450 Rally bike is drawing upon the Austrian manufacturer's extensive motocross knowhow in a bid to topple arch-rival Honda in the 2022 edition of the Dakar Rally.

By:
Gerald Dirnbeck
Listen to this article

From 2001 until 2019, KTM embarked on an incredible run of 18 consecutive Dakar wins, spanning the legendary event's African and South American eras. But since the rally-raid moved to Saudi Arabia in 2020, Honda has taken two wins from two.

These defeats have prompted a change of approach from KTM, which goes into the 2022 Dakar with a three-man factory line-up comprising Toby Price, Mathias Walkner and Kevin Benavides, who defected from Honda following his 2021 victory.

"The idea was that we build a bike that is easier to handle," 2018 Dakar champion Walkner told Motorsport.com. "The bike should also be easier to ride over stony, rough gravel tracks and over dunes. Nevertheless, nothing should be lost in terms of stability.

"There are new conditions in Saudi Arabia and we have had a harder time than we had in South America. Honda seems to cope with it better."

At the heart of the revamped 450 Rally is a new steel frame that takes its design cues from KTM's motocross bikes - marking a complete change of philosophy.

Work has also been done on the swingarm, the linkage, WP's dampers and many other technical details, with various configurations and set-ups being tried out during testing throughout the year.

"It came from my side to push in the direction of motocross frames," explained Walkner. "My basic idea was that the motocross department at KTM has become huge. There is so much knowhow there.

"We as a 'small' rally department have to find out and test everything ourselves. There is often not enough time and also not enough personnel capacity. But with motocross, you can fall back on so much experience because they have already tested and tried 99 percent of things at least once.

"I first rode this frame in testing in March 2020. Then we kept adding new components and changing things. Unfortunately, everything has been delayed and dragged out because of coronavirus.

"The biggest change is primarily the frame. The [fuel] tanks are also quite different. You always try to position the mass so that the centre of gravity is as central and as far down as possible. The front tank has become much bigger and the rear a bit smaller." 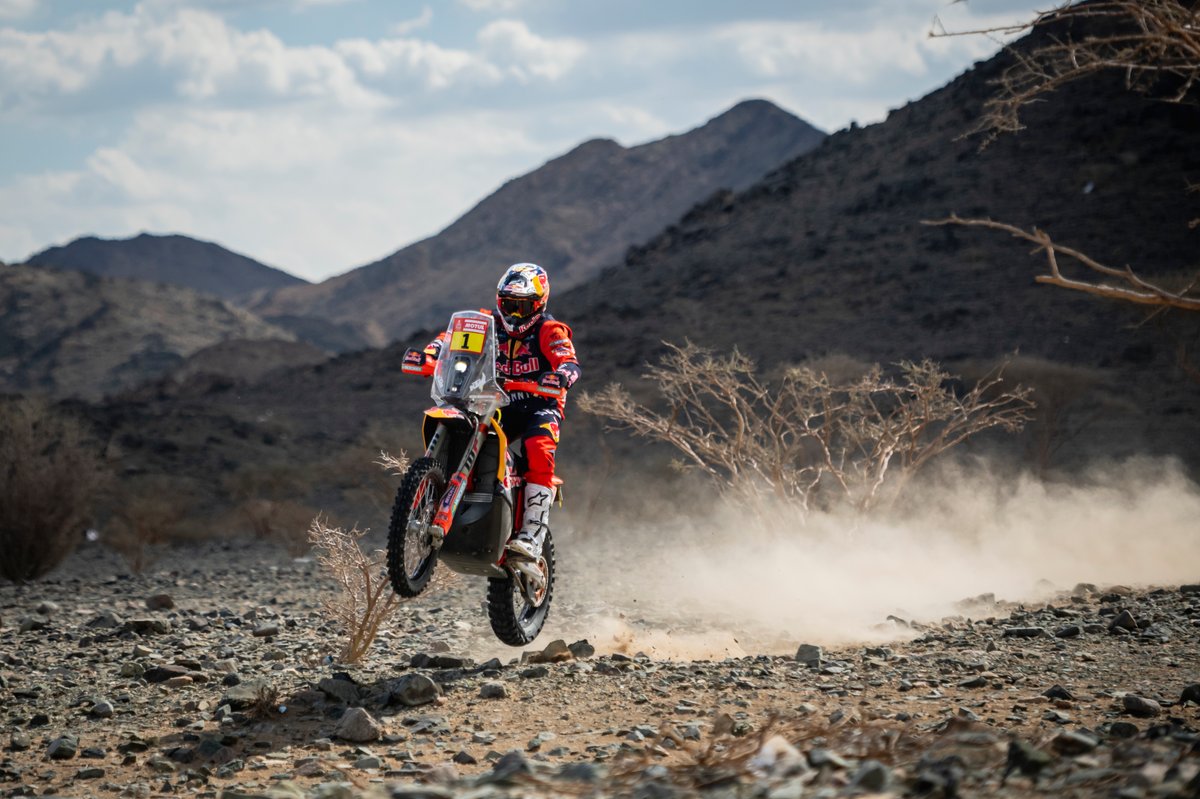 Walkner became FIM Cross-Country world champion for the second time in 2021, but this success was not achieved with the new bike, which will make its debut on the Dakar - and the decision to go with the updated 450 Rally came late.

"KTM gave me the choice of riding the old or the new bike", added the Austrian. "The last test was at the beginning of December. But the decision had to be made before then, because the bikes were already due to be shipped to Saudi Arabia in November.

"It was difficult to decide, but I'm glad now in retrospect. We did 10 long and extreme days of testing with all possible set-ups and configurations. Now I am happy that it works so well.

"We went back on some things because we lacked a bit of testing time. But in 2022 we will make up for some of these in the [Cross-Country] rally season in time for the 2023 Dakar."

Honda has "much better cards" for Dakar win than KTM