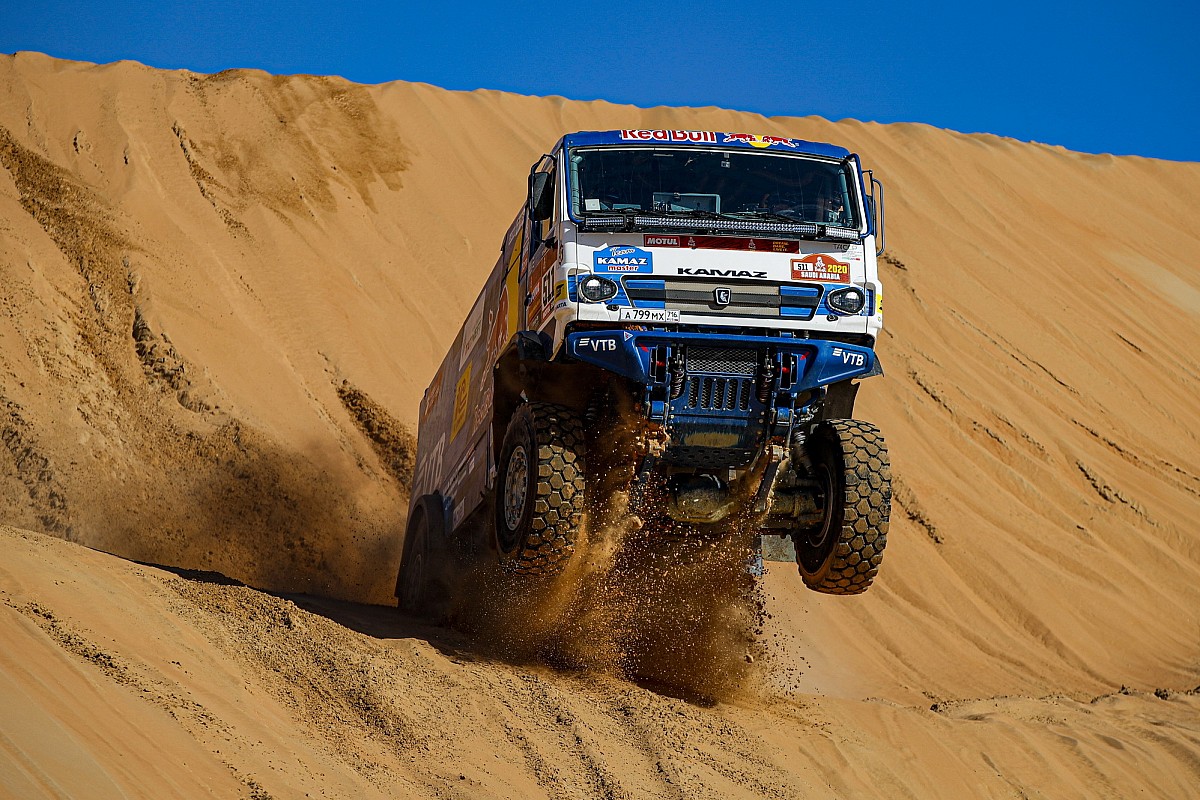 Previously a champion in 2014, Karginov led Anton Shibalov to wrap up what was ultimately a walkover Kamaz win, even if it had threatened to become less straightforward than expected in the early stages of the event.

Against the backdrop of Eduard Nikolaev and Dmitry Sotnikov, who were first and second for Kamaz last year, dropping out of contention in the opening week, the Belorussian MAZ entry of Siarhei Viazovich briefly threatened Kamaz's dominance.

But Karginov - partnered by Andrey Mokeev as his mechanic and first-time Dakar winner Igor Leonov as the navigator - rattled off four successive stage wins to extinguish the intrigue.

He wound up finishing the rally 42 minutes clear of squadmate Shibalov, with Viazovich completing the podium a further hour down.

Fourth-place finisher Sotnikov's hopes of a maiden win were dealt a fatal blow when he stuck an unseen rock on the third stage and lost two hours to damage repairs.

Meanwhile, Nikolaev's quest for what would've been a fourth successive Dakar win never really got off the ground, and an engine issue on the fifth stage led to the crew having to spend the night in the desert.

In the morning of the next day, Nikolaev arrived to the bivouac and resumed competing with the engine running on five cylinders of six, only for it to subsequently fail for good - leading to retirement and a restart under the 'Dakar Experience' rule.

Czech driver Martin Macik was the top Iveco representative at the finish in fifth, followed by Janus van Kasteren of the new-look De Rooy Iveco team.

An injury to team owner Gerard de Rooy and the absence of fellow top driver Federico Villagra led to the normally-frontrunning outfit fielding an all-new roster in 2020, and only van Kasteren wound up making the top 10.