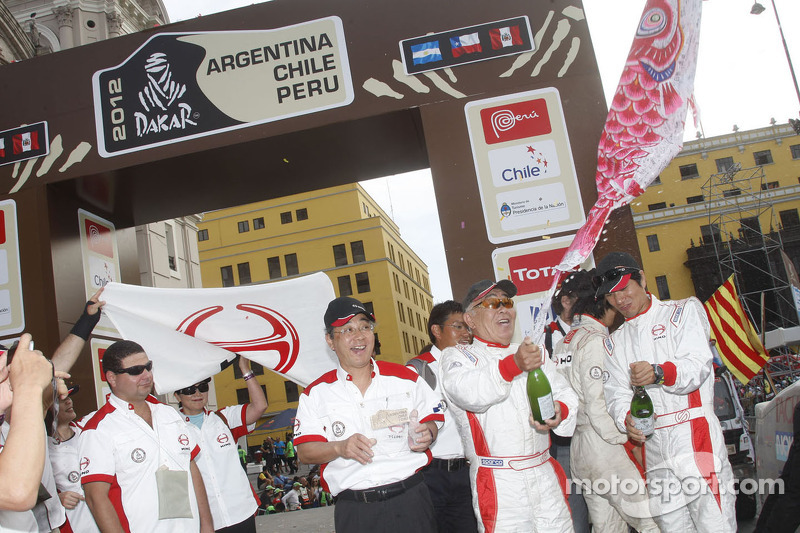 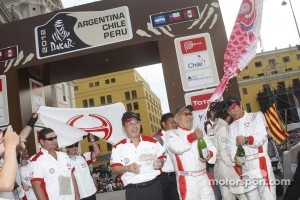 Hino, the leading Japanese truck manufacturer, continued to build on its amazing record of successes in the gruelling annual Dakar Rally, this time notching up its third consecutive victory in the category for trucks with engines of less than 10-litres capacity.

This year’s event started on January 1 in Mar-del-Plata in Argentina, traversed Chile and finished in Lima, Peru, on January 15. The total route for the trucks was 8 336km, made up of 14 competitive special stages, totalling 4 120km, and 4 216km of liaison sections.

The highest placed four-wheel-drive Hino 500-Series truck, crewed by Teruhito Sugawara and Seiichi Suzuki placed an excellent ninth overall in a field dominated by so-called “monster trucks” with much larger engines and many of them specially developed for this event.

The second Hino, driven by Teruhito’s 70-year-old father, Yoshimasa, and co-driver Hiroyuki Sugiura, placed 24th overall and third in the 10-litre engine category. (Second in this class was the Mercedes-Benz Axor of Dutchmen Johan Elfrink and co-driver Hortulanus, which finished 14th overall, almost five hours behind the leading Hino. 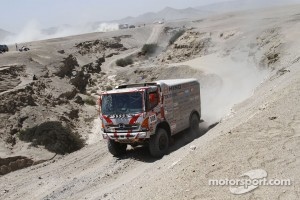 The Hino 500 Series has also won the under 10-litre engine capacity category 12 times in the 13 races this category has been contested since this class was first introduced in 1996, Hino, which was the first Japanese truck maker to start competing in the Dakar Rally, in 1991, has finished each of the events it contested. This excluded the 2008 Dakar Rally in Africa, which was cancelled at the last minute due to terrorist threats.

Interestingly the second Dakar in which Hino participated finished in Cape Town after starting in Paris, with the Japanese trucks in 4th, 5th, 6th and 10th positions. The big breakthrough came in 1994 with a second position overall. This achievement was repeated in 1995, 1997, 1998, 2001 and 2005.

The most successful year was 1997 when Hino became the first and until this year the only maker to take the first three places overall in the truck category when the route went from Dakar to Agades and back to Dakar. Last year Kamaz, of Russia, became the second maker to register a 1-2-3 finish.

His son, Teruhito, has already established an amazing record in the Dakar Rally, with only one finish outside the top 10 in 14 years of competition.

The team was backed up by a support crew which included five technicians from Hino dealerships in Japan.