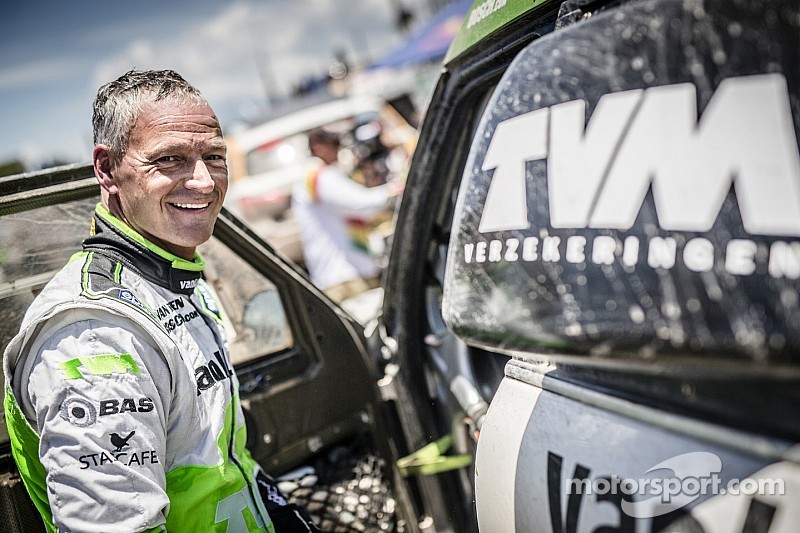 Erik van Loon has worked hard in his previous six Dakars to achieve where he is now: in fourth in the car category.

The Dutchman had quite some top 10 results in individual stages and finished eleventh in 2011, but had his share of drama as well. This year all pieces of the puzzle fit together.

Last year was disastrous, with a car that was fast but not reliable. Already at the finish (in 26th) Erik van Loon decided that he never wanted to go through that again. He bought a Mini and learned how to use the car. “The Mini is great, but it is not such an easy car. You have to get to know its characteristics. Once you understand that, it's the best you can imagine.”

Van Loon, having 60 hours work weeks in normal life as one of the leading meat manufacturers in the Netherlands, made his way up to the top of the car category with consistency. “Everybody can drive fast. The trick is not to make mistakes, or at least not too many. Thanks to the mechanical problems I had in previous years, I've learned to drive conservatively. I've also learned I don't have to take maximum risks to be fast. The Dakar is a game for the long run. I don't have to finish at a top spot every day to be in a top spot at the end. That strategy worked out very well.”

With his fourth place Van Loon writes a new chapter in the Dutch book of Dakar since the best ever result in the car category so far has been the fifth place of Kees and Mieke Tijsterman in 1989. “My goal was a top 10 finish, which was a realistic and achievable goal. Finishing fourth is beyond my wildest dreams, but we've earned every bit of it ourselves by consistency and not making mistakes, although a puncture in the penultimate stage and not getting the spare wheel fitted immediately was quite a thrilling and stressful moment.”