Toyota Gazoo Racing driver Giniel de Villiers hit with five-minute penalty for a Dakar Rally incident involving a motorcyclist, and is under investigation for a second.

By:
Mark Bremer
Listen to this article

The South African had already been penalised on Monday evening for hitting Chilean rider Cesar Zumaran during that day's running.

This happened on a slow section where Zumaran was standing still. De Villiers wanted to pass on the right, but was forced slightly to the left and hit the motorcyclist, who fell over.

De Villiers was called to the stewards' office and declared: "It was on a trial section with sand and big rocks. I was riding slowly and saw the rider on the left.

"I was driven to the left and hit the rider and he fell. I went back a bit. The rider stood up, waved his arm and that was the signal for me that he was okay and that I could pass.

The FIM stewards spoke to the rider, who was unhappy with the way de Villiers had continued after the incident.

The Toyota driver was given a five-minute time penalty for the incident. 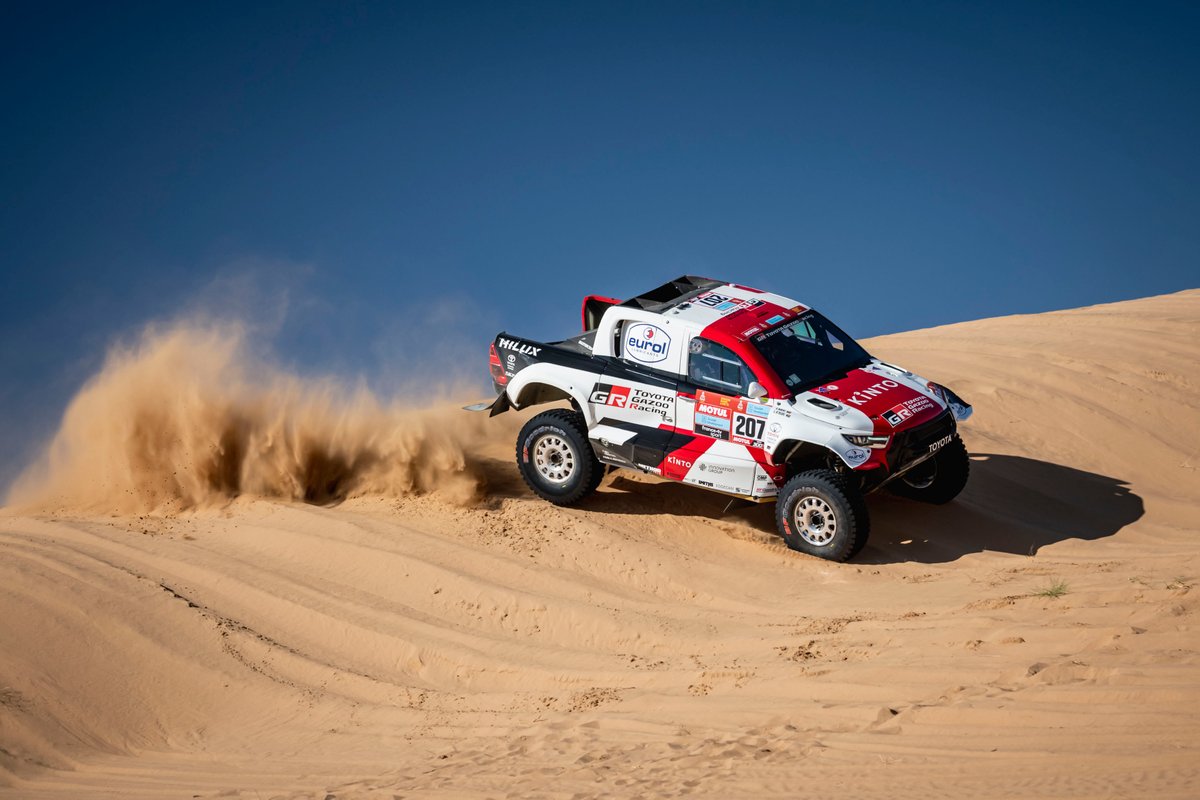 However, on Tuesday morning, a second FIM stewards' report emerged which mentioned a second incident involving de Villiers, who is alleged to have run over the bike of a fallen rider.

"On Monday 3 January at 21:00, the jury spoke to rider #163 who reported a fall behind a dune during the second stage.

"He was getting his bike upright when he heard a car approaching. He pulled over. The car went over the top of the dune and drove over the motorbike causing major damage.

"The motorcyclist could not read the number of the car."

Again, de Villiers allegedly did not stop to check on the rider. The FIM stewards have referred the matter to the FIA stewards, who have responsibility for the car race at the 2022 Dakar Rally.