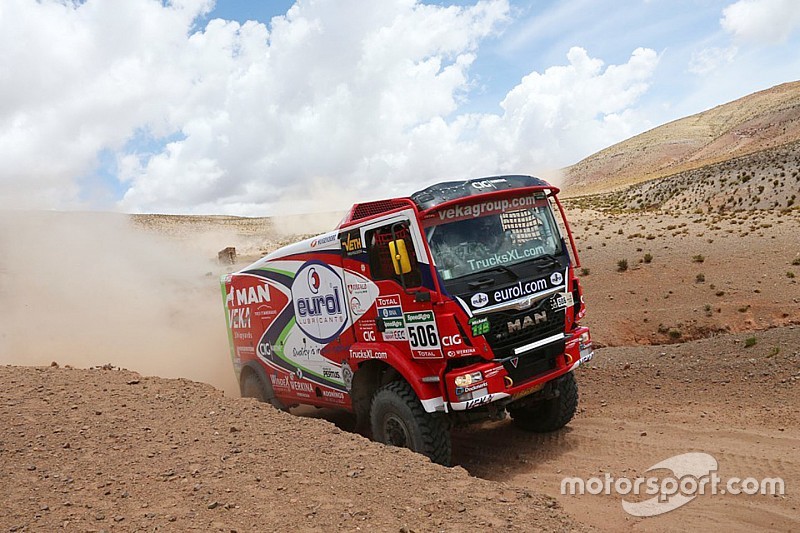 Hans Stacey became the first drive to win multiple stages in Dakar 2016's truck category, taking over in the lead in the process.

Stacey was only seventh at the CP1 of the stage, which was run on a different, shortened route as opposed to the other classes, yet the 57-year-old worked his way up to first as the action concluded.

It was Gerard de Rooy who led for most of the day but the Iveco driver eventually had to settle for second, having fallen short by just seven seconds.

Peter Versluis was the best of the rest in third but he had to face a loss of more than a minute to teammate Stacey.

Federico Villagra, at first, carried on with his strong late-stage form from yesterday, which had landed him the overall lead - but the Argentinian lost around two minutes after heading CP1 and couldn’t finish higher than ninth.

As a result, he dropped back to third place in the overall list, allowing MAN duo Stacey and Versluis to retake control of the competition.

Ten Brinke retires after car fire: "It went so fast"