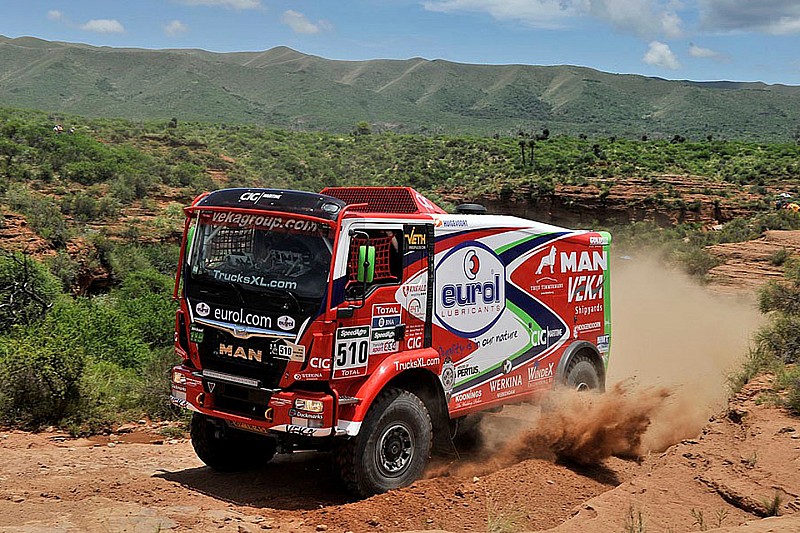 35-year-old de Rooy led the way for most of the stage closely followed by Versluis and, although a late push from his MAN rival prompted a brief change out front, de Rooy fought back to finish ahead by 37 seconds.

Although he had to settle for second, Versluis still managed to claim the overall lead from teammate Hans Stacey, who ended up third and is just 15 seconds off in the standings.

Local driver Federico Villagra continued to show strong form in fourth, while Eduard Nikolaev and Siarhei Viazovich both found himself almost four minutes behind as they rounded out the top six.

After the fourth day of the event, MAN duo Versluis and Stacey control the event as the duo edges out Iveco pair Villagra and de Rooy by two and five minutes respectively - while Mardeev stands fifth as the top Kamaz entry.

Sanz comes to aid of unconscious Renet: "It was the right thing to do"