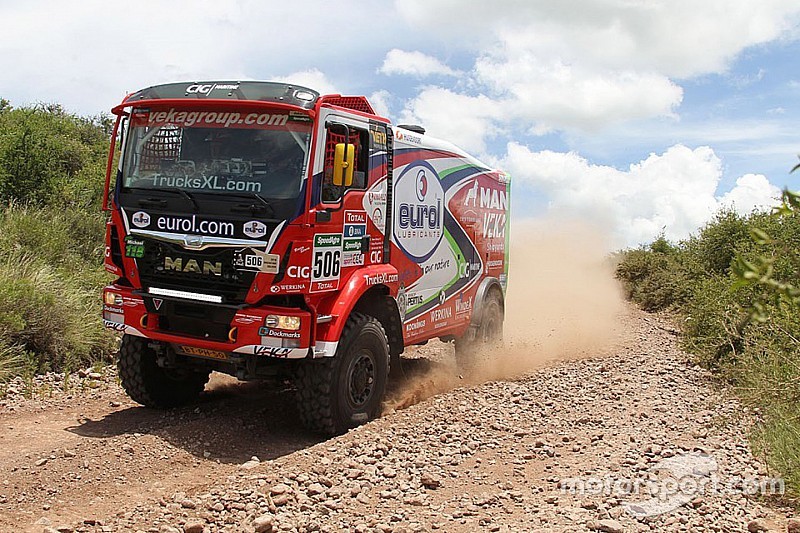 Martin Kolomy secured his first Dakar stage win on Tuesday, in a run which was first interrupted due to damage to the route.

The leading Tatra driver led the way at CP1 and CP2, where the running was eventually suspended - but he finds himself down in sixth overall as he was one of several drivers to receive sever time penalties after Monday.

Yesterday’s stage winner Hans Stacey fell only 17 seconds short of Kolomy’s time, which allowed him to narrowly maintain the lead.

The Dutchman was followed by Federico Villagra and Pieter Versluis, the duo remaining close to the leader in the overall classification as well - and having both been among the few drivers to avoid penalties.

Russian frontrunner team Kamaz suffered a shockingly difficult day with Eduard Nikolaev ending up as their top driver in 16th.