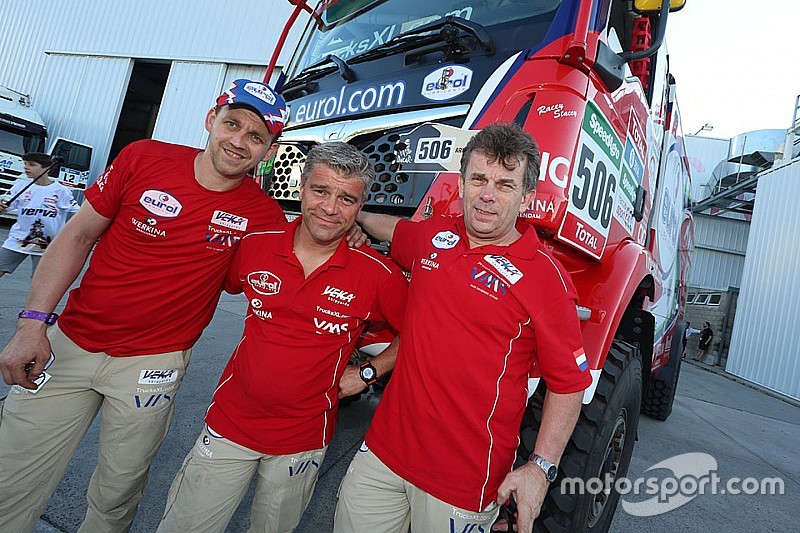 Hans Stacey, the 2007 Dakar champion, was quickest through Stage 2 as the running finally kicked off for the truck category.

Following the Prologue accident on Saturday and the cancellation of Stage 1 due to difficult weather conditions the, the trucks contest finally got underway on Monday - with local driver Federico Villagra taking an early lead.

The Argentinian, who contested the previous two Dakar rallies in cars, built a lead of 39 seconds at around halfway point but soon fell behind Stacey before eventually completing the day in fifth.

57-year-old veteran Stacey then led the way in his MAN machinery for the rest of the stage to finish with a lead of 48 seconds.

Fellow Dutch racers Peter Versluis and Gerard de Rooy completed the top three, albeit the latter found himself almost two minutes adrift by the end of the day.

Tatra’s Martin Kolomy ended up fourth ahead of Villagra, Ales Loprais and Tom van Genugten, who was second after the first waypoint but lost around two minutes soon after.

Perennial frontrunners Kamaz completed a quiet day as last year’s champion Airat Mardeev was only as high as eighth as the team's leader, ahead of Eduard Nikolaev and Andrey Karginov.