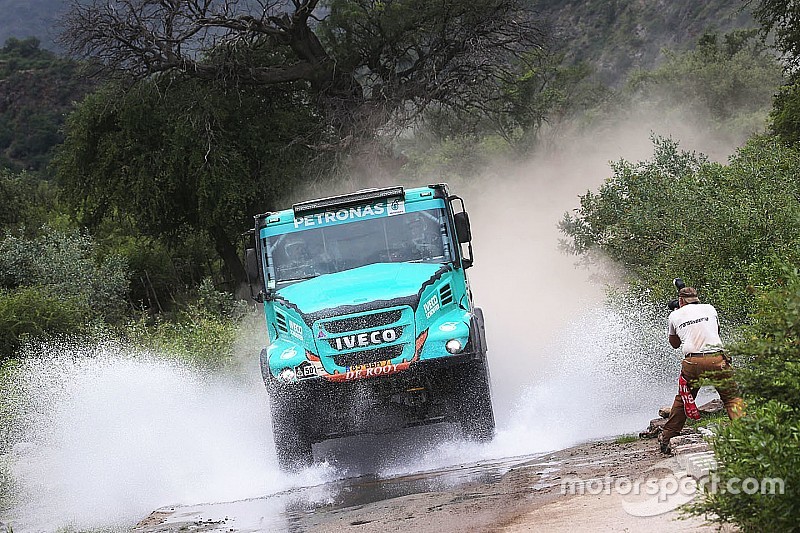 As such, de Rooy and Iveco remain the only non-Kamaz entrants to win the truck category since the event moved over to South America eight years ago.

Stacey's stage-topping time - his second of the rally - allowed him to steal the overall fourth place from Ton van Genugten, who had a problematic day and lost 20 minutes.

Peter Versluis was runner-up in the 180km run, just edging Eduard Nikolaev out by 23 seconds, while Martin Kolomy ended up fourth.