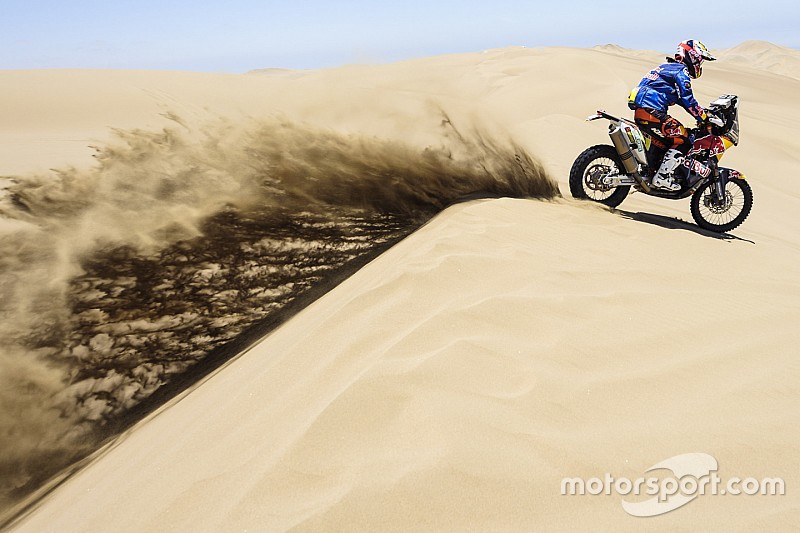 Dakar Rally's sporting director Marc Coma has promised a tougher challenge for the second week of the 2016 event.

A number of competitors have voiced their concerns about the first week's routes being more akin to traditional rally stages than to rally-raid runs, with little in the way of navigational challenges - but Coma insists that the rest of the event will be of a different nature.

"The rally will change completely in the second week - and it will be very hard," Coma told Motorsport.com. "It's gotten tougher as the days have passed and that will continue in week two."

"I think we have to wait until the end of the rally to judge - right now it would be unfair. We need the full picture of the rally and I believe drivers will find navigation difficult [in the coming stages]."

Coma also insisted that Chile's withdrawal from the 2016 rally, while affecting the route, did not play a part in the levels of challenge.

"It was difficult to get the route done after we had to pretty much reassemble the whole rally," he said. "But this Dakar is as difficult - or even more so - than others."

No regrets over retirement

The Spaniard, who took on the role of Dakar's sporting director after winning the event for the fifth time in 2015, says he does not regret his change of focus.

"I'm happy with the decision I made," he said. "I am very happy with what I accomplished as a rider, but I am now 100 percent involved in this new role."

That said, Coma prefers to spend time among competitors in the bivouac rather than the office - and feels a certain affinity with his former colleagues in motorcycle racing.

"I like to know what [the competitors] are thinking," he said. "And I always try my best to care for [the motorcycle riders] as they are the most exposed in this event."

When Irvine showed he was more than Schumacher’s subordinate