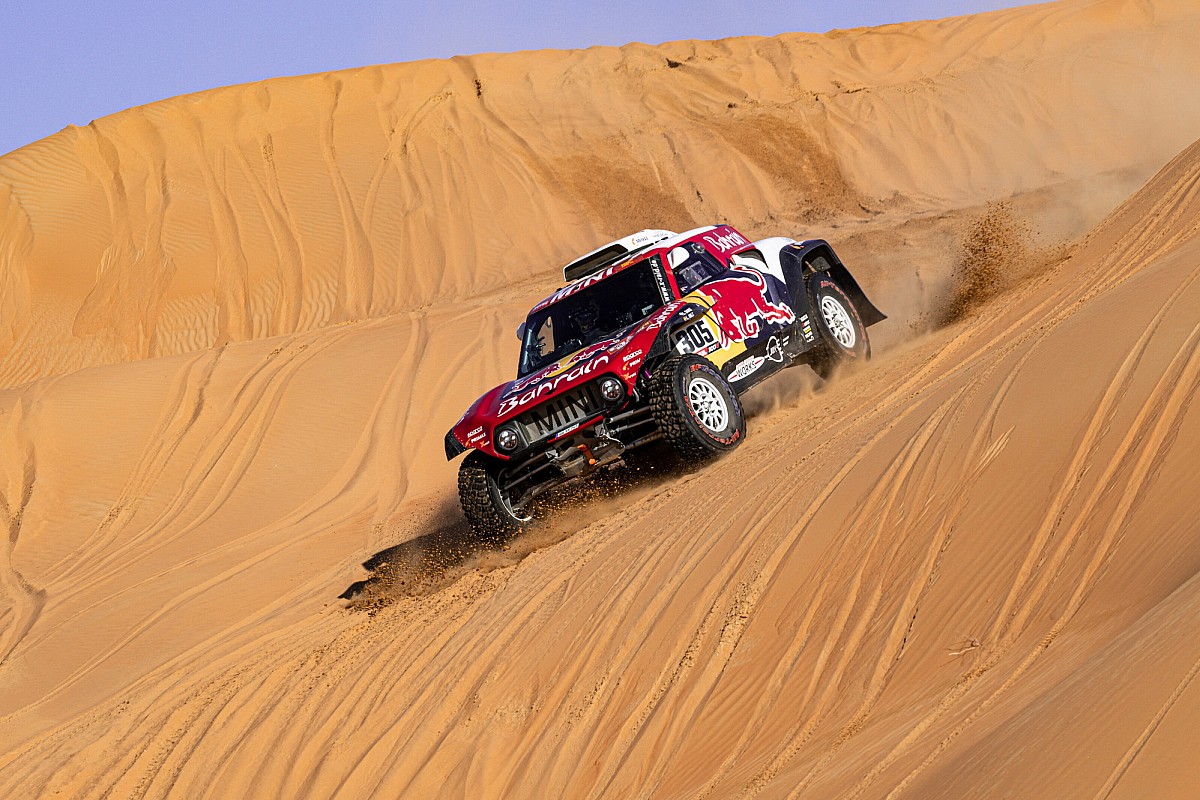 The ASO has announced that the Dakar Rally will run entirely in Saudi Arabia for a second successive year in 2021, but on a route that is “100 percent new” compared to last year's.

The Dakar moved from South America to the Middle East last year, marking the start of the third chapter in the illustrious history of the rally-raid.

Saudi Arabia had an exclusivity clause for the first year of the five-year deal, but the ASO had been working to add a second country for the 2021 race, with both Egypt and Jordan believed to have been considered to join their bordering Gulf nation.

However, with the coronavirus crisis likely to create travel restrictions for months to come, it was decided to run the Dakar Rally in a single country for the third year in a row.

The ASO also revealed that the 43rd edition of the event will begin on January 3 in Jeddah and conclude in the same coastal city on January 15 after 11 stages and a prologue that will determine the starting order for the opening special stage. A rest day will be observed in the city of Ha'il on January 9.

"We do not have the route that we expected, because we had two or three [other] countries in our minds, but with COVID-19 and confinement there was no way to go out and visit those territories," Dakar director David Castera told Motorsport.com.

"If it is done, it must be done properly and you must go to the field to speak with governments. There was no other option but to keep the entire Dakar in Saudi Arabia. There was no way to travel and it has been like that. But in the coming years we will [add more countries].

"It does not have very serious [implications] for the race because Saudi Arabia is very big and has many route options. We have done a 100 percent new route. We will reuse almost no roads of the 2020 edition, there are only 50-80km that we will repeat."

The 2021 edition will feature two loops and a marathon stage, which will help cut down the liaison sections even further. Already, by moving the rally from South America to Saudi Arabia, the Dakar had managed to reduce the proportion of liaison in the route to 35 percent from 50 percent.

The rally will feature four new regions, namely Al-Jawf (in the north), Qassim (in the middle), Asser and Al-Baha in the southwest of the Arabian Peninsula, but the high-speed plains of the Empty Quarter will be excluded this time.

An exact route for the event will be released in November.

Parallel to the main event, the ASO will also run a 'Dakar Classic' category for cars and trucks dating from the pre-2000 period as a tribute to the rally's roots.

The ASO has also pledged to improve the safety of competitors and reduce average speeds following the deaths of Hero rider Paulo Goncalves and Edwin Straver in last year's edition.

"We have done a good job with the satellite programs to choose each path, each kilometre, in the spirit of having a more technical, slower Dakar, with each stage having multiple characteristics: some dunes, a bit of hard terrain, some technical zones, fast zones," he said.