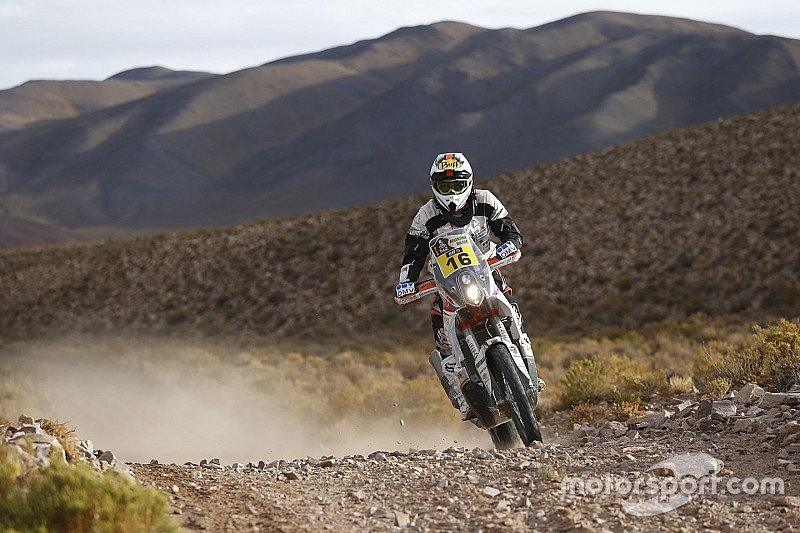 Slovakian rider Ivan Jakes was struck by lightning during the third stage of the Dakar Rally, but he still managed to finish 15th on the day.

Jakes, who competes in the event with his own team and rides a KTM, was hit by lightning during a storm in the Salar Centenario area, 300km from the finish line.

The Slovakian felt the hit, but managed to continue riding, albeit with pain in his left arm, going on to finish in 15th position in the stage.

He later spent some time in a Jujuy hospital, where he underwent checks and was cleared to resume competition today.

Doctors said Jakes' bike saved his life, as it conducted the electricity through the rider and into the ground.

"Thank God he didn't put his feet on the ground, because it would have been like a ground wire," a member from his team said.