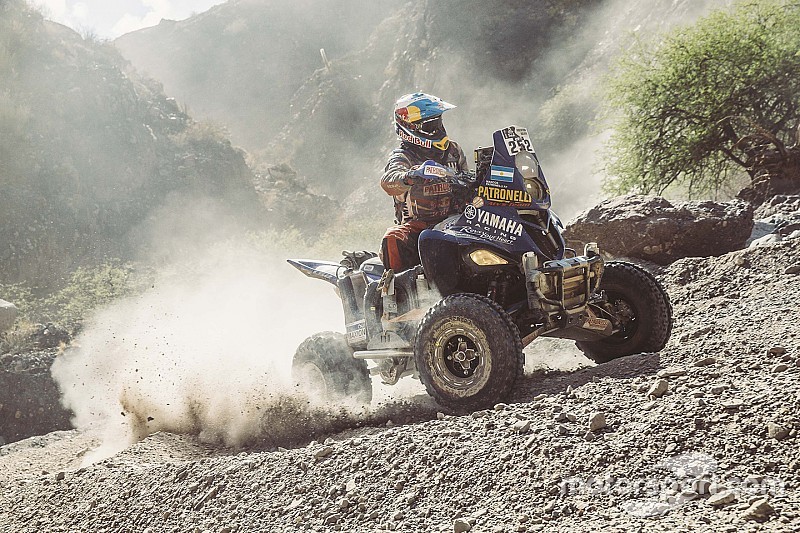 Argentinian quad rider Pablo Copetti took his first stage win in the 2016 Dakar Rally in a shortened run on Tuesday.

Copetti had been just seventh at the first waypoint, but overhauled brothers Alejandro and Marcos Patronelli, as well as early frontrunner Brian Baragwanath, by the time the stage was suspended early due to weather and route conditions.

The Patronellis finished second and third, Alejandro ahead of Marcos, with the gap between them in the overall standings shrinking to a minute.

The top five was completed by Baragwanath and Nelson Sanabria, while the Patronellis' closest rival in the standings - Alexis Hernandez - was just seventh and now sits 40 minutes adrift in the general classification.

Walter Nosiglia was the top non-Yamaha competitor of the stage in ninth, while fellow Honda rider Kees Koolen, who sat right behind him in the standings, vanished from the timing screens after WP1.