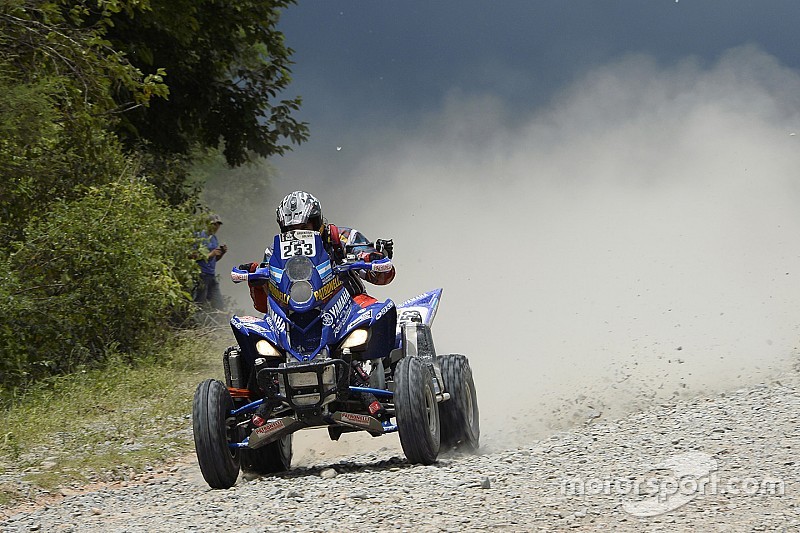 Brothers Alejandro and Marcos Patronelli took control of the 2016 Dakar Rally's quad category after Stage 6, overcoming sizable deficits to move to first and second respectively in the overall standings.

Alejandro started the day six minutes off Sergey Karyakin, who had been made rally leader after adjustments to Stage 4 results - while Marcos was a full 15 minutes behind the Russian.

However, over the the 542km stage, the rally's longest yet, the Patronellis overhauled Karyakin, with Marcos topping the stage comfortably to move within three minutes of Alejandro in the general classification.

Brian Baragwanath was best of the rest behind the brothers on Friday, but is more than an hour adrift overall, having lost time on Stage 4 and then incurring a hefty penalty.

The all-Yamaha top five was completed by Karyakin, who is now 5m39s behind the leader, and Jeremias Gonzalez, while Stage 5 winner Alexis Hernandez had a quiet run, losing almost half an hour to Marcos Patronelli.

2014 champion Ignacio Casale, who had dominated the rally until suffering costly engine issues on Thursday, was among the leaders early on in Stage 6, before crashing with less than 200 kilometers to go.

The Chilean ended up breaking his collarbone and had to be airlifted to hospital by helicopter.