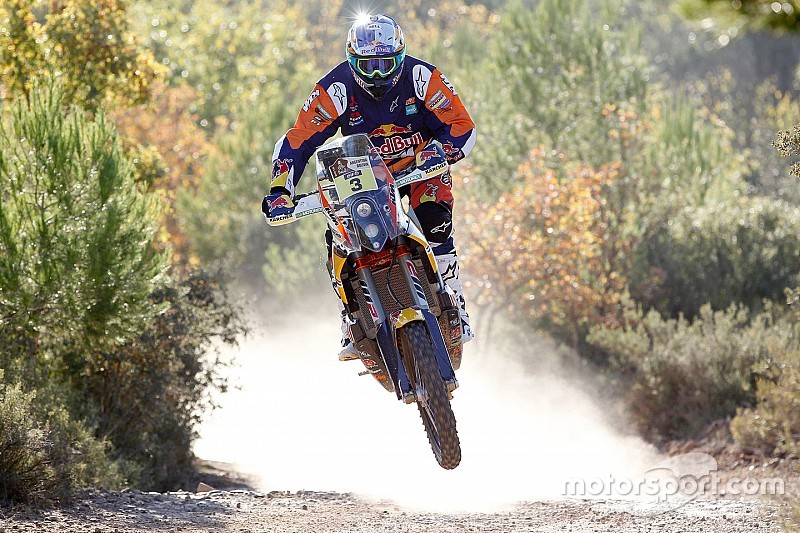 Australian rider Toby Price has taken the lead of the motorcycle category of the Dakar Rally with victory on a shortened second stage.

After heavy rain cancelled Sunday's opening full-length stage of the rally, Monday's route from Villa Carlos Paz to Termas de Rio Hondo for bikes was shortened from 450km to 354km.

The stage quickly became a two-way fight between factory Red Bull KTM rider Price and Husqvarna's Ruben Faria, with the former ultimately coming out on top by a scant 20 seconds - regaining the advantage from Portuguese rider at the eighth waypoint.

After being plagued by electronic problems during the prologue, Paulo Goncalves emerged as the quickest of the Honda riders in sixth, one place ahead of teammate Joan Barreda.

After his second ever Dakar stage win, Price heads the overall standings by just two seconds from Faria, with Svitko, Duclos and Walkner all within two minutes of the lead.

Barreda, who jointly lead the prologue with Faria, has slipped to sixth overall, just over three minutes adrift of Price.