Toyota’s Nasser Al-Attiyah topped Saturday’s Prologue for the 2022 Dakar Rally in the cars category, while GasGas rider Daniel Sanders set the pace in only his second appearance in the bikes class.

On terrain with similar characteristics to those that the competitors will face in the first week of the rally-raid, Al-Attiyah completed the 19km Prologue section located between Jeddah and Ha’il in 10m56s as he kick-started his bid to win the Dakar for a fourth time.

However, while Sainz was able to show the raw speed of the new Audi on the opening day of the rally-raid, his teammates endured a less successful outing, with 14-time champion Stephane Peterhansel dropping 1m12s to finish 14th and Mattias Ekstrom ending up only 15th.

Local driver Yazeed Al-Rajhi was next up in sixth in an Overdrive-run Toyota, just two seconds clear of the second BRX car of 2014 winner Nani Roma.

Orlando Terranova ensured all three Prodrive cars finished inside the top 10 with a time of 11m57s.

With both its previous star drivers having left for Audi, the X-raid Mini team failed to log a single finisher inside the top 15, with Yasir Seaidan the team’s top runner in 17th.

Further back, ex-KTM rider Laia Sanz was provisionally classified 43rd in her first Dakar appearance in the cars category, having signed a deal with X-raid to drive a Mini All4 Racing.

After the 595km liaison to Ha'il, the top 10 finishers will get to choose their starting position for the 334km special stage on Sunday, with Al-Attiyah having the final say on his starting position. 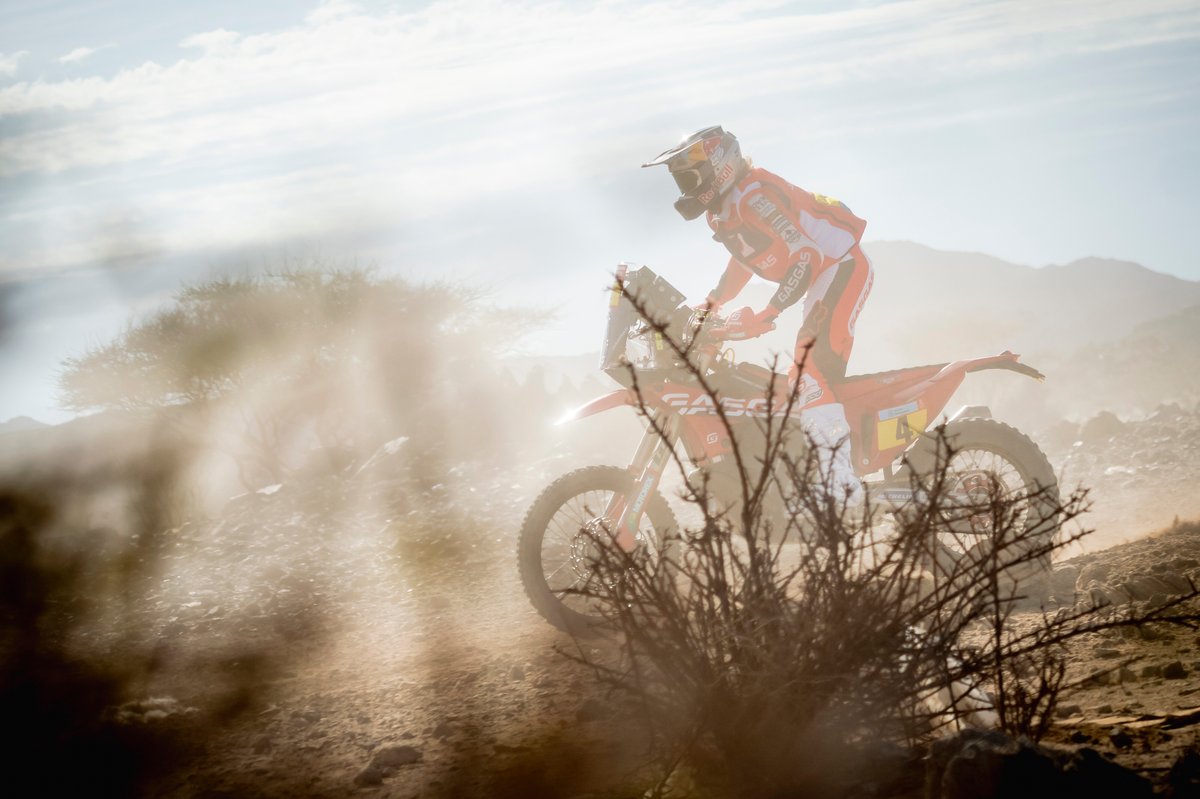 With the finishing times multiplied by a factor of five to avoid risky strategies, Sanders officially completed the Prologue in 55m30s, exactly a minute clear of his nearest rival Quintanilla.

A year on from Yamaha’s disastrous 2021 campaign, Ross Branch placed the Japanese manufacturer third at the end of stage 1A, beating the top KTM of reigning champion Kevin Benavides by five seconds.

Benavides, who joined KTM after winning last year’s event for Honda, was fourth ahead of teammate Matthias Walkner and the second Yamaha of Adrien van Beveren.

2017 winner Sam Sunderland was a further 15 seconds adrift on the second GasGas in seventh, with KTM’s star rider Toby Price, who is returning to the Dakar after retiring from last year’s event with a broken collarbone, ending up eighth.

Making his Dakar debut in the colours of Tech 3 KTM, ex-MotoGP rider Danilo Petrucci ended the day 23rd-quickest with a time of 1hr03m00s, just over eight minutes down on pacesetter Sanders.

The 15-highest placed riders in Prologue will meet at 19:00 local time to choose their starting positions for the first full stage in Hai’il. The winner will have the final say on which position he decides to start.